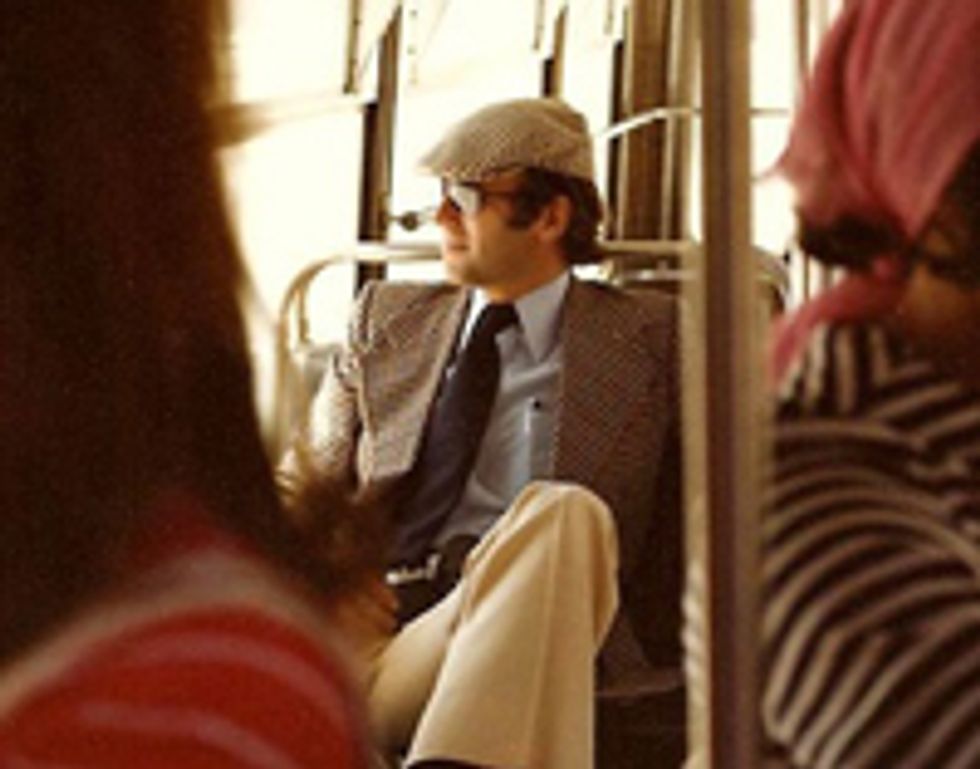 Here he is, the Big Guy, the "bruiser," Joe Biden, in his 20th HBO Special, "Ize Gonna Be Viceys." HA HA HA, that is what he named it, we imagine. He's always makin' the jokes, like "what's up with these black Indians running all the articulate 7-elevens?" He doesn't even need a punchline, THE SETUP IS FUNNY ENOUGH. Oh wait... he plagiarized that joke entirely from a Bobby Kennedy speech. [Sigh]. Let's watch him make fun of his good friend, John "Walnuts" McCain, in his new role as Plagiarist Attack Dog.

8:18 MT -- NANCCCCCCAY PELOSAAAAAY, the "Permanent Chair" of the four-day convention. She asks for the crowd to second the nomination of Joe Biden, and they all shout like hooligans. We think this is a little to casual...

8:19 -- Here's a lovely video about Joe, with his rowdy Catholic schoolmates. His wife died, but now he's got this other gal, Jill, and she keeps him well. He's a good father, says son Beau. Isn't Bo like a horrible corporate lobbyist? Oh right, "Beau."

8:24 -- Here comes Beau in real life, onto the stage. No he is not the corporate lobbyist. Beau punishes robbers in Delaware.

8:25 -- Beau says his father used to skip "fancy cocktail parties" in Washington to hang out with his kids in loser Delaware. Sure, Beau... Joe Biden never went to corporate lobbyist cocktails parties ever... nothing sponsored by credit card companies or actual whores made of tainted hundred dollar bills.

8:29 -- There's Joe, WHAT IS HE WEARING. Oh, just a blue tie, nevermind. Remember how crudely orange Hillary Clinton was last night? She was like a BASKETBALL she was just that orange.

8:33 -- He accepts the nomination. Thank god... this could've been a disaster for Christ's sake.

8:35 -- Joey B's mom! When they showed her in this media filing room I'm in, all the reporters quietly laughed. Sick fucks. She's just a nice old Irish gal.

8:36 -- My mom used to make me beat the shit out of other children, he remembers.

8:39 -- Now comes the segment of the speech where Biden will explain how Barry is the black Joe Biden. Joe Biden was born in a working class poor town, Barack Obama took his college degree and moved to one! Oh, this bizarre American fabric.

8:42 -- He says, Barry Obama wants to take change "from Amtrak to veterans." So we are going to bomb them both.

8:44 -- **Word is that Barry Obama will appear onstage with Biden after his speech.

8:46 -- Isn't he supposed to be talkin' more guff 'bout John McCain? Enough about the damn energy green collars. This country will never have jobs.

8:48 -- Oh look, he's talking about Russia and Georgia, and calls the Bush Administration's policy there an "absymal failure." That must be one of his "zingers."

8:50 -- Now he's just ranting about foreign policy and shitting all over grammar. We can't have no timelines, trick biotch.

8:51 -- We've watched Sebelius, Clinton, Bayh, Strickland, Warner, et cetera and so on, and so far Joe Biden is the only Democratic politician that doesn't seem like a total fraud when he's talking seriously.

8:54 -- Good God, he really puts that mouth close to Joe when they're embracing.

8:57 -- Finally, this convention has some energy. Bill Clinton stares at Barry with that patented "open-mouthed half-retard" look of fraudulence.

8:59 -- Walks offstage, tongues Nancy Pelosi, grimly shakes John Kerry, man-braces Bob Casey, and lo and behold, at the end of the stage there are at least 900 generations of the Biden family, all from the tri-state area and literally all female. Little girls, 90-year-old women, 50-year-old wives, and lastly, some utter dishes whose age we have no desire to determine, the end, goodnight.