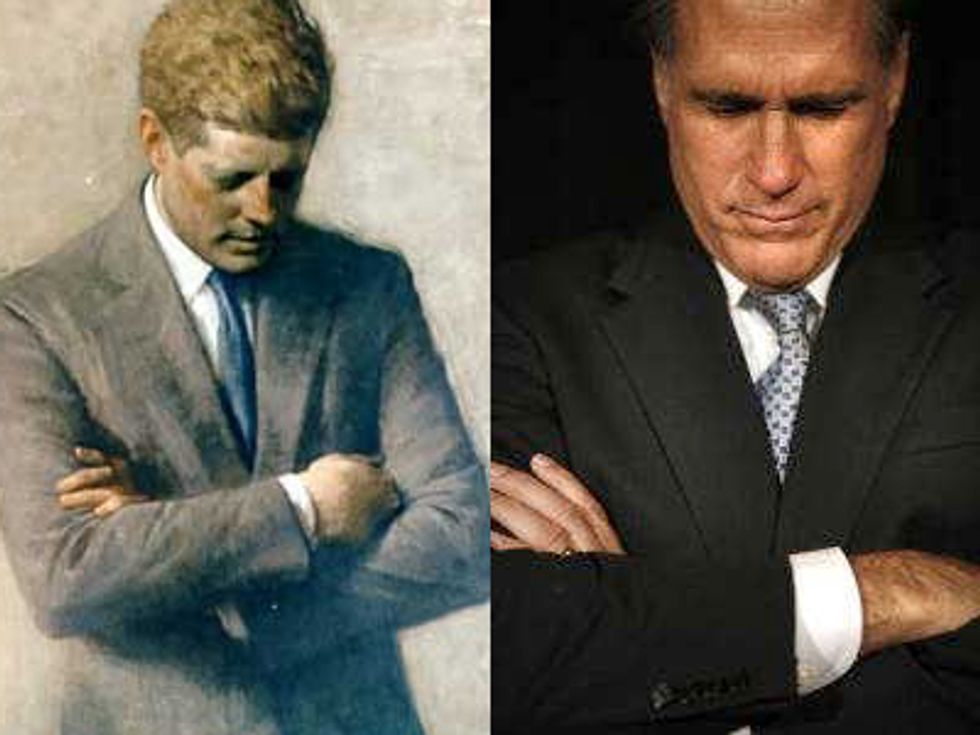 Our best friend Mittens Romney must be so relieved that the old coot called him with a "no" for veep this year. Who'd want to be on the losingest loser ticket ever, in 2008? Sarah Palin would, sooo... yeah. Anyway, let's see what Mitt Romney has to say and his Kumming & Going in his famously magical underpants, in Minnesota. We bet that he'll LIE a few times, hmm?

8:07 -- Ha ha, he's being hypocritical again: "Washington is looking to the eastern elites." You mean like YOU, surlypants?

8:08 -- Ooh, a faggy little call-and-response game! He'll mention some things that Washington has done, and if they're not "full retard," then you shout, "IT'S LIBERAL."

8:10 -- Here's a fun game we just invented: call your friends on the telephone after every Romney applause line and ask, "better than Reagan?"

8:11 -- The liberals want to keep pornography in schools. Is that a problem these days, with the children? All we know about schools is that Republican VP daughters tend to get pregnant in them. Pornography in schools sounds like a safe, masturbatory alternative.

8:12 -- He says the economy looks like "Adam Smith on steroids." Isn't that EXACTLY what Republicans want? An Invisible Hand covered in testosterone cream? NO, says the founder of Bain Capital.

8:13 -- We should conserve energy by grounding Al Gore's private plane. But what about the private plane or the twenty private planes belonging to our fair Mittens the Romney?

8:15 -- Mitt wants Straight Talk instead of Political Correctness, which is why no one in the Republican establishment is playing the sexism card every three seconds re: the VP candidate who has literally never said a word about globalization or foreign policy.

8:17 -- That speech was short, just like Mitty's cock-a. WE MISS YOU BABY. CALL SOME TIME. NEED ALIMONY.