Liveblogging Obama's Big Night, Even Though Hillary Refuses To Let Him Enjoy It 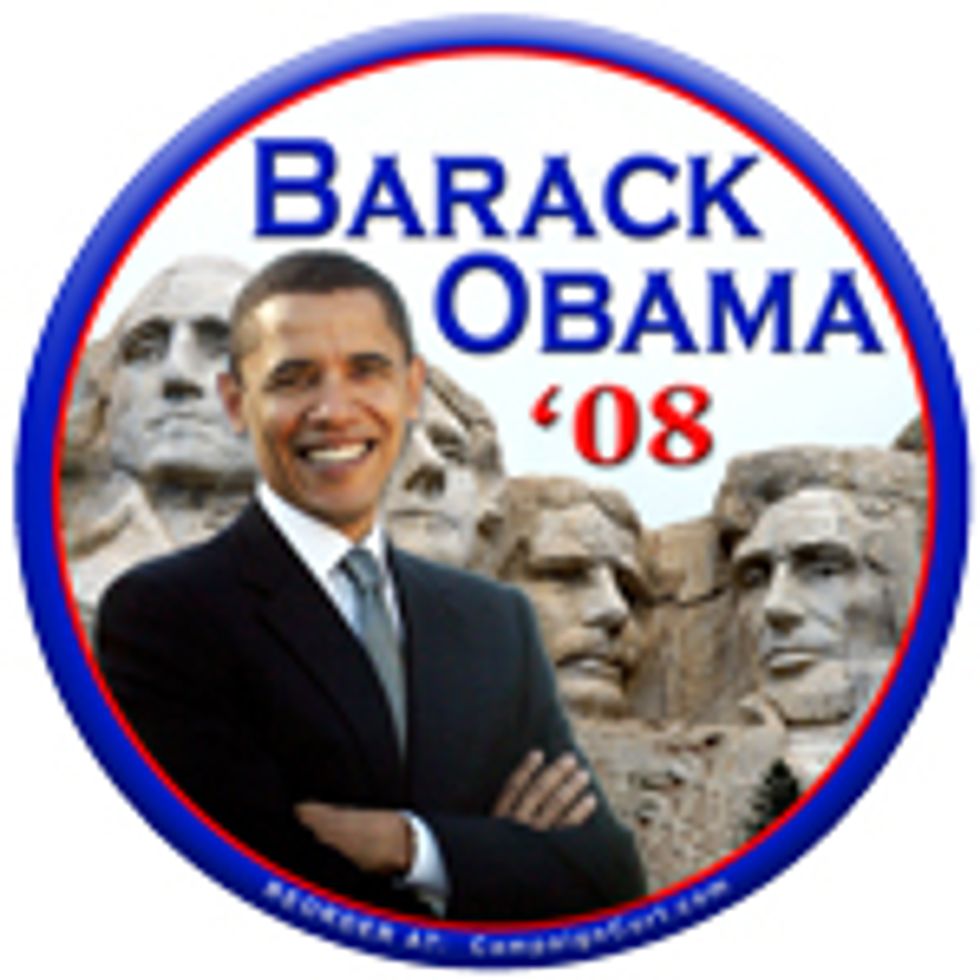 It is finished. There are no more primaries, no more whining about Michigan and Florida. Even though she may notever concede, Barack Obama says: "Tonight I can stand here and say, that I will be the Democratic nominee, for the United States of America." That should be worth some interesting discussion and freakouts, no?

10:30 PM -- Let us note, again, how Barry Obama spent five minutes of his speech heaping praise on Hillary, who wants him to die in June.

10:35 PM -- Oh hey all our other liveblogging tonight starts here with McCain's whiny old man speech, then goes our Barack Wins The Nomination, then to Hillary refusing to ever face reality, then Obama being all Hopey McInspirational.

10:39 PM -- It is kind of hilarious to see Barack doing this speech from the very spot at St. Paul's Excel Stadium or whatever it's called, where John McCain will whine about everything at the GOP convention in two months.

10:45 PM -- Which Wonketteer said this tonight? "This guy is really fucking hard to liveblog. My cynicism just ... melts into my panties."

10:47 PM -- Matthews: "This is camerawork and showmanship that John McCain hasn't even started to compete with."

10:47 PM -- Brokaw notes that there's a bit more than showmanship and stage management at work here, as Obama is the most talented politician any of them have ever seen.

10:49 PM -- There are between 17,000 and 20,000 people in this Obama rows -- inside the sports arena. Outside, there are another 15,000 people. Barry's still working this crowd, and it's a helluva crowd. We are investigating the number of people at McCain's FEMA trailer bingo session in a grim white suburb of New Orleans.

10:50 PM -- Let's check out CNN. Oh, it's grainy 1988 footage of Jesse Jackson. Your editor's little sister saw Jesse Jackson speak at her high school or something, back then. He had a catch phrase. "I Am Somebody." And he was, which is why Bill Clinton won the nomination in South Carolina ... wait, what?

10:53 PM -- Our sources say "a handful" of McCain supporters were there, which sounds about right, considering the sparse "you can hear each person's hands" applause.

10:57 PM -- Ha ha, this one lady on CNN is saying how she's getting e-mails from Hilz Nutz saying "This needed to be her night."

10:58 PM -- Anderson Cooper's laughing sort of disgusted-like, saying, "We've ALL been getting these emails, come on."

11:10 PM -- Brian Williams is a stock-car racing fan, because he is tough working class, and patriotic. Entry level, dirt track, Friday nights, "a slice of heaven." Do they have a tanning salon there?

11:21 PM -- Norah O’Donnell has new Exit Poll results! 50% of the Dem primary voters wanted the Change. She is also so cute in her pink maternity dress. (We are sincere!)

11:27 PM -- Goddammit, Chris Matthews just described Obama as a half-Kenyan, etc., and asked "how you get Pennsylvania voters, regular people," to vote for him. Ugh.