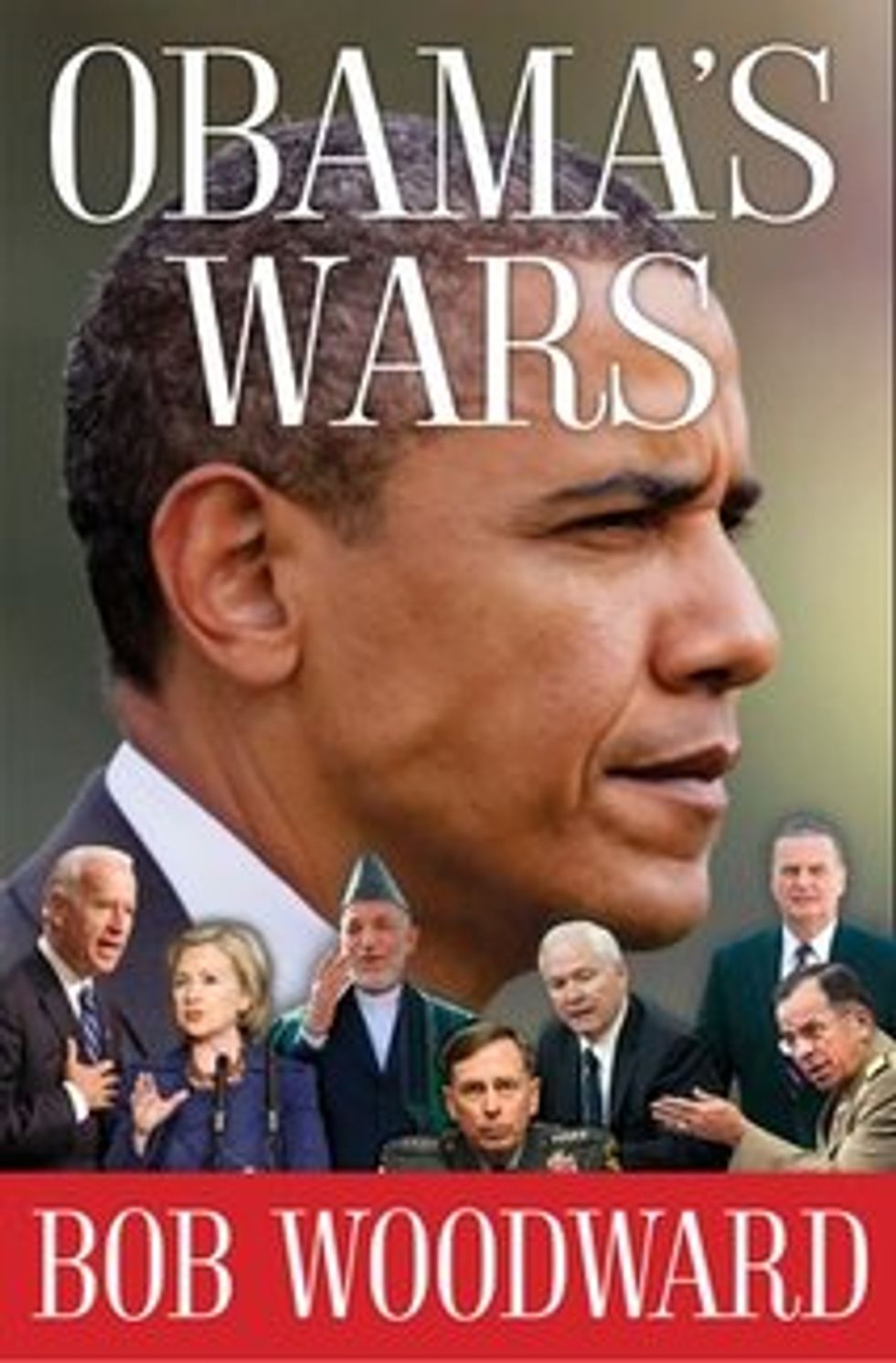 Remember when Barack Obama was all, "And I will stop having all these wars everywhere"? No? Lately, people have been telling us that henever said anything of the sort, which is kind of funny, haha, because we all believed that was his intention, right? We don't have five whole minutes to go read Wikipedia about it, but now that Obama has been president for almost three years, we do sort of remember that he just used to go around and smirk thoughtfully at Hillary and say "Iraq is a dumb war." But he didn't really say he would end wars, and really all wars are dumb, except for the defense contractors and the oil companies and hedge funds that get to go "privatize" everything when the war is over, in five-thousand years. WARBLOGGIN' TIME.

7:56 PM -- So where can we watch this? The editors did not exactly provide a lot of guidance.

7:58 PM -- Because, obviously, we could figure out how to watch the television and type, if we really wanted to be Evening Wonkette.

8:00 PM -- Cspan has a website, we bet! Anyway, we already read the story on ABC News and the LA Times and the Washington Post and this is exactly what's going to happen:

"President Obama is putting the final touches on an evening address in which he is expected to announce that 10,000 U.S. troops will come home from Afghanistan this year, a faster withdrawal than senior Pentagon officials had been hoping for. U.S. diplomats have been informed of the pace of the planned drawdown, which is likely to remove 33,000 troops -- the full number of the troop "surge" Obama ordered in 2009 -- by the end of next summer."

8:01 PM -- Heh we went to Google with this question and got directed to something called "Askville" and here is what it said. An hour, for this speech? We were really only planning 15 minutes because we are meeting our pals for dinnnnner.

8:25 PM -- We need a cutaway now of John McCain saying "That's not change we can believe in." And then John McCain would wander down the road, never to be seen again.

8:30 PM -- Did you read that horrific thing in the New Yorker a couple of weeks ago, about the thousands and thousands of slave-serfs who are kidnapped from their homelands and forced to work at Subway and Carl's Jr. and TGIF Fridays in Afghanistan, forever? It almost seemed like a Terry Gilliam movie but no, it's real American policy.