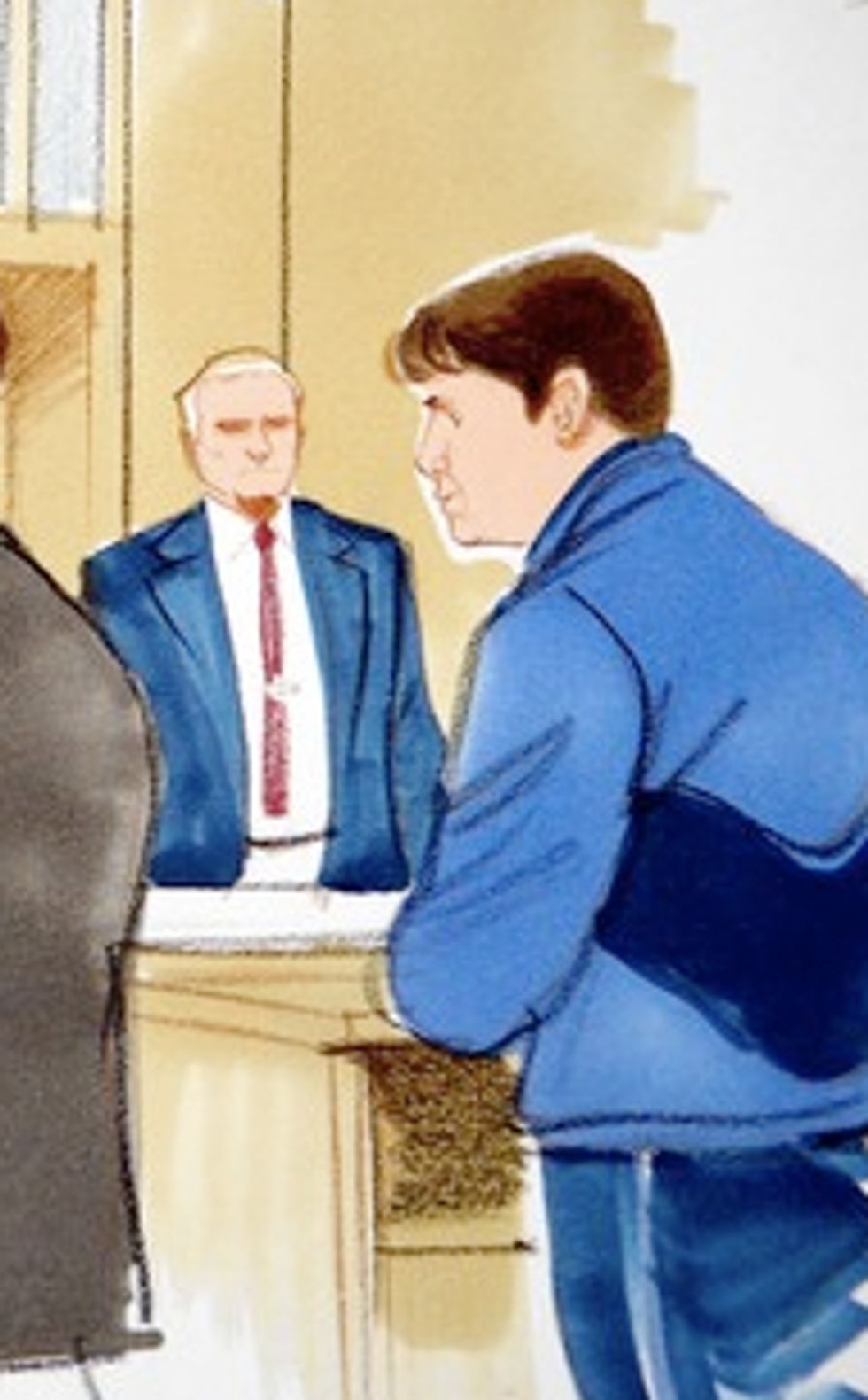 Narcissistic personality disorder victim and actual clown Rod Blagojevich is about to speak out to the media for the first time, except for the few occasions when he's told the media to get off his lawn. What will hesay? Has he in fact TALKED to Rahm Emanuel, therefore making Emanuel ("The Democrats") a crook? Eh. We are watching CNN and they have a live stream here for the -4 of you with jobs.

2:57 -- There are a few minutes left, so whatcha gonna do? Known chef Ken Layne has a culinary suggestion: "you know what is awesome? triskets with cheddar cheese all cooked up like the dickens." MMHMM.

2:59 -- She also says that there are about 100 "sweaty reporters" in the press conference room. This is common.

3:00 -- Oh god now Rick Sanchez is taking over, from Mexico, talking about some dead white girl in Florida. "The other big story is Governor Blagojevich," he adds.

3:01 -- Some guy is giving the thumbs up to the CNN camera. Rick Sanchez wants to know what that means.

3:02 -- They keep showing this footage of Blago jogging in the snow, he looks hilarious. Must find the YouTube of this, after the rapid fire press conference.

3:04 -- HAHAHAHA, they are showing "highlights" from Rick Sanchez's Twitter on the crawl. They are all misspelled and one was demanding that he expose the war crimes of Dick Cheney! Oh Jesus you all NEED TO GO TO HIS TWITTER AND WRITE FUNNY SHIT, GO.

3:07 -- He speaks IMMEDIATELY after coming out.

3:11 -- Ha ha, first thing Rick Sanchez says afterwards, "The Kipling poem he was quoting was 'If.'" Thanks Rick. Are you all saying hilarious things on his Twitter???

3:12 -- This Twitter update thing has been appearing on the crawl constantly: "naturalkinks: RICK!!! I got word today that I have tickets to the inauguration next month!!! Congratulate me!"

3:18 -- Here's a funny video of Blago jogging, with a sweaty newspaper reporter trying to keep up.

And that ends our liveblog.