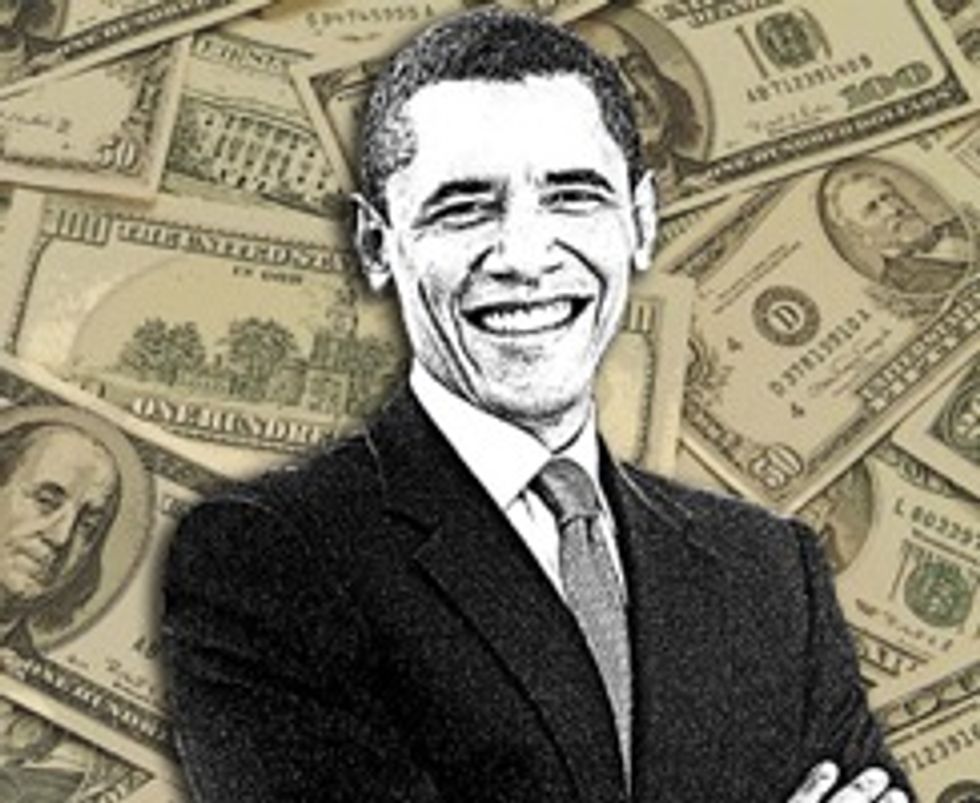 Eh, this is not quite as much fun as, say, OBAMA IN A FOOTBALL STADIUM, with Stevie Wonder. But you don't fight the Depression with the media you want, etc.BUT: How weird to have a president who can discuss things in an intelligent way. Let's see how that works out, in this goddamned country. We did the pre-game liveblogging, we did the Obama Speech liveblogging, we did the Obama press conference liveblogging. And now? We will do a bit of this post-game analysis, with the Hardball and whatever.

9:13 PM -- MSNBC is using that terrifying job-loss graph your editor is using for a gchat status message today: OH NOES.

9:16 PM -- Chris Matthews is just loving Barack Obama's "mind." Gives him a tingle between the legs. But now we must leave MSNBC, because Axelrod is a smarty jones, etc., but he is a PROPAGANDIST.

9:22 PM -- Ugh, Bill O'Reilly. We were happy to get the "Fox Perspective," but not with this assclown. After all, O'Reilly is hated by everyone at Fox, too!

9:31 PM -- Dinnertime! Thanks everybody for hanging out with Wonkette!