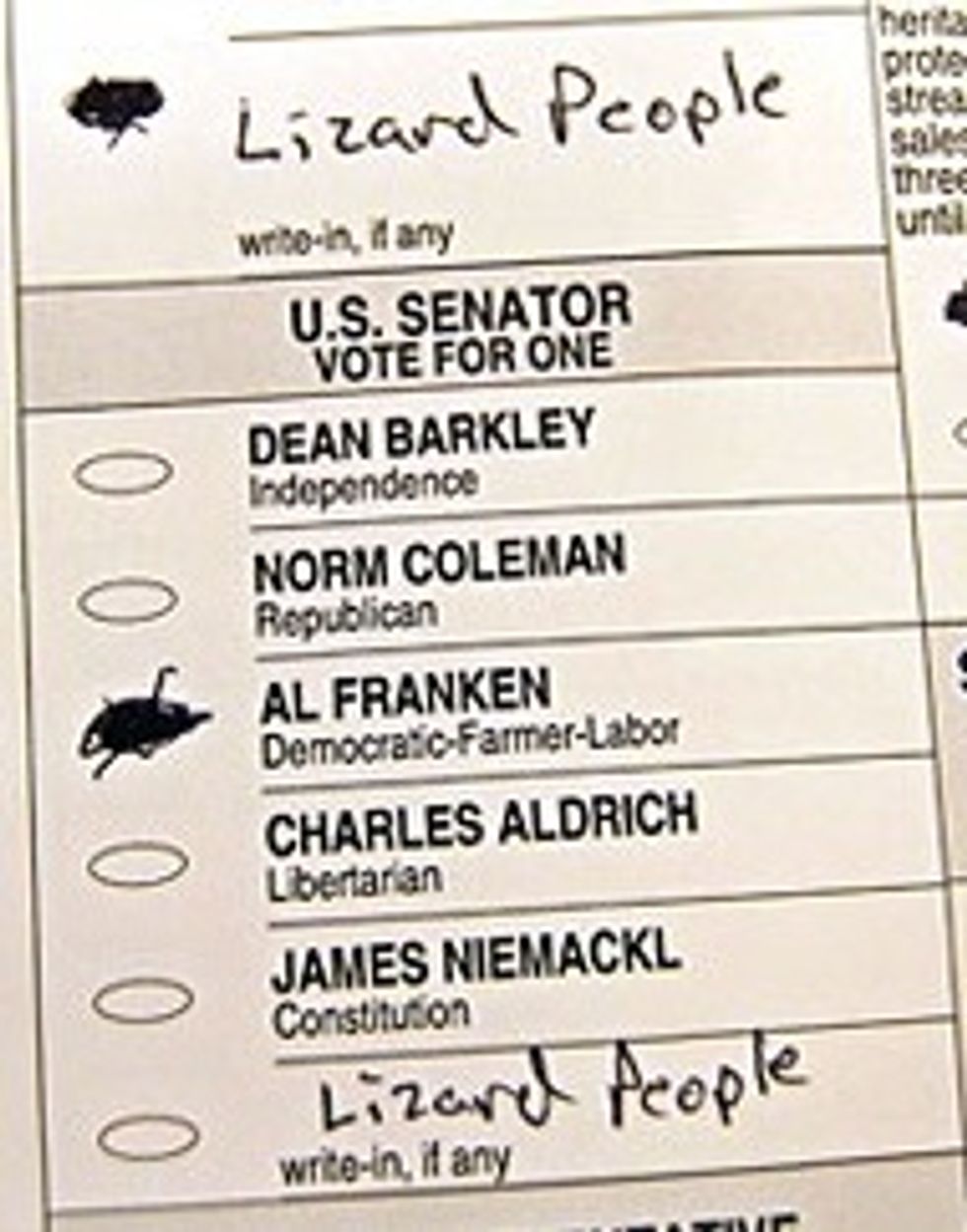 Let's check in with our favorite state, where anunfunny television performer is locked in a Mexican Death Match with St. Paul sleazebag Norm Coleman's wife's legs. In other words, LIZARD PEOPLE FTW! A judge somewhere in Minnesota, this state where voters treat their ballots like kids' menus, just ruled that Franken will not get the vote of this one goofus who also wrote "LIZARD PEOPLE," twice, on a ballot that also featured the choice of Franken over Coleman.

Coleman, meanwhile, will get the vote of some other goofus who wrote in the name "BRETT FAVRE" along with the selection of Coleman. Thanks, Diebold!

But! Franken does get the vote of yet another goofus, in Minnesota, who appended Franken's printed name on the ballot with "-STIN," apparently a failed attempt to make Franken's name become "AL FRANKENSTEIN," which is anti-Semitic.

Could we just get Rod Blagojevich to fly over from Chicago and pick whichever one has the most money for a bribe, and end this thing? (LIZARD PEOPLE will pay One Billion Whore Diamonds for this Senate seat.)