L@@K! Palin-Signed Racial Caricature Can Be Yours For Only $5K 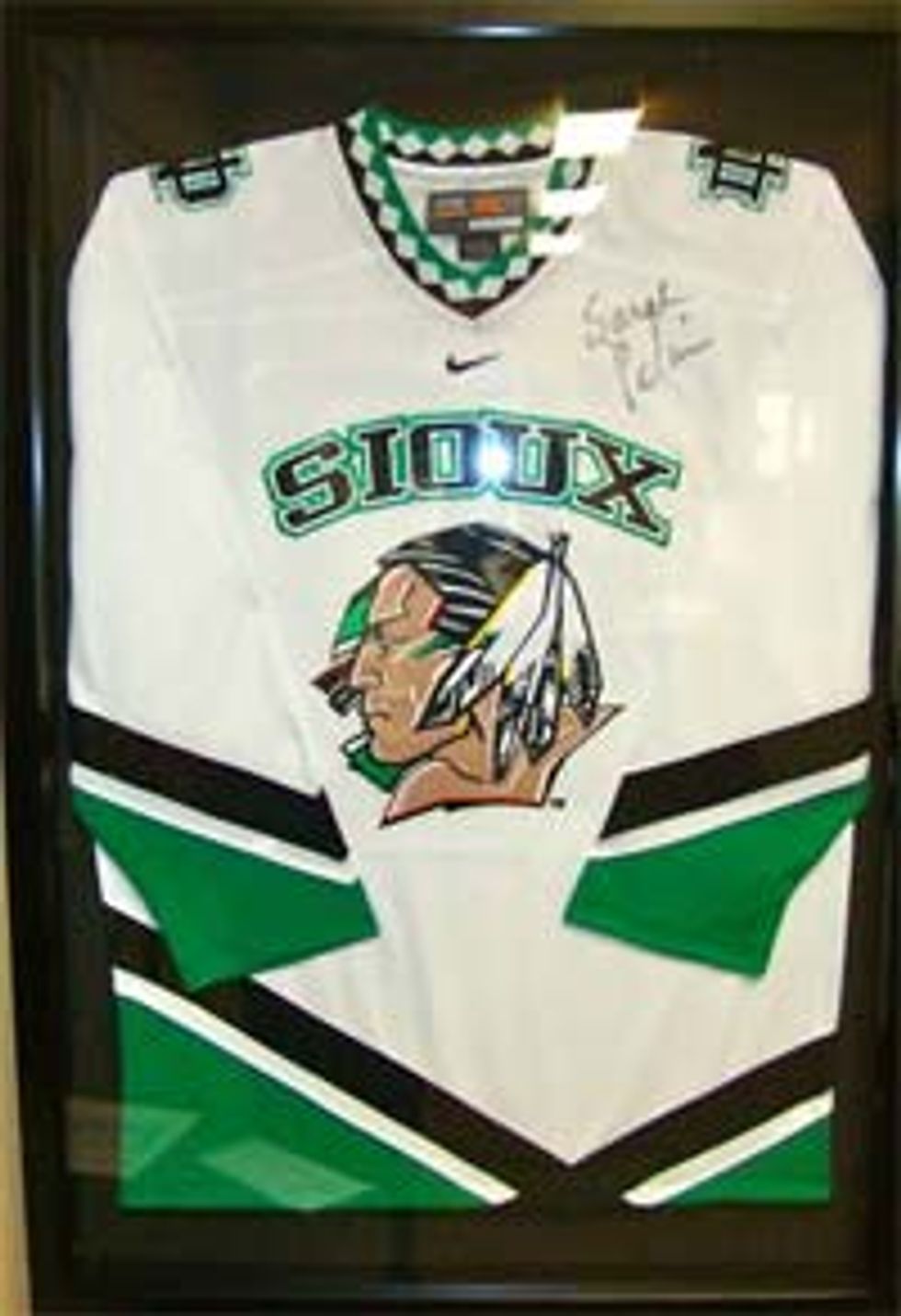 Obviously, the most erotic thing anyone could possibly imagine would be actually touching the flesh of Sarah Palin, America's sex goddess. But only Todd gets to do this, because Jesus united them in marriage and now no man or woman may come between their nude, aroused flesh. The closest a non-Todd person could get to touching Sarah Palin would be to touch a thing that she touched. Obviously Sarah doesn't just go around touching things all day (mostly she is carried aloft on a litter by four oiled, nubile manservants), and therefore the number of Sarah-touched items is limited, and valuable. That's why this college hockey jersey that Palin not only touched butwrote on (just like her hand!) is well worth the $4,850 price it's already reached on eBay, with five more days to go in the auction!

You would think that a University of North Dakota jersey signed by Sarah Palin would be the North Dakota Republican Party's most treasured possession! And maybe it is, but the North Dakota Republican Party needs cash, so you should buy this thing and put it in a nice display case and hang it up in your knotty pine "man cave" downstairs, for masturbatory purposes. It also comes with a "certificate of authenticity," from a genuine Sarah Palin handwriting expert, because you don't want to get one of those fake Palin-signed hockey jerseys that are always cluttering up the market. Just don't pay with PayPal! "THE NDGOP DOES NOT HAVE A PAYPAL ACCOUNT." (Perhaps their inability to put a "donate here" PayPal button on their website accounts for their need to sell off their beloved Palin jersey?)

It goes without saying that the "Fighting Sioux" mascot was not particularly beloved by actual Sioux people, and the name was recently retired. But Sarah Palin only demands "sensitivity" for victims of terrorist attacks, not victims of genocide. [eBay]

Thanks to Fighting Wonkette Operative "Monsieur Grumpe" for the tip!