Long National Nightmare Over As Rich People Back To Being Richer Than Ever! 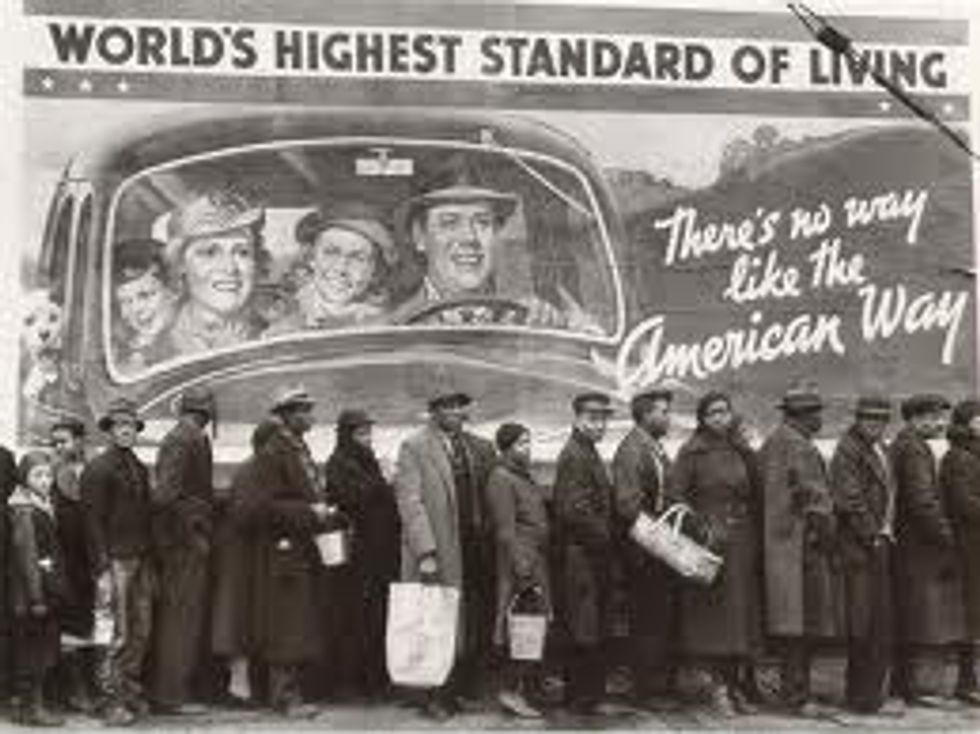 Why the long face? Have you not heard? According to CNN.com...

The Fortune 500 are thriving as a group. Unlike the U.S. economy, they've shown quicksilver agility, rapidly shifting their product mix and producing more goods at little new cost.

Did you catch that? They’re not just thriving as individuals, they're thriving as an entire group! The Fortune 500’s swashbuckling captains of enterprise and industry managed to rake more cash than they did in 2006, before minorities forced banks to lend them money and OBAMA and his COMMUNIST POLICIES ruined the economy for everyone. USA! USA! USA! Before we go any further, let’s pause to thank Occupy for their big Mayday fail, without which we would not be free to bask in the sunshine of AMERICAN EXCEPTIONALISM and SOMETHING HAVING TO DO WITH FREEDOM.

What is their secret, you might be wondering. What marvelous things do these corporations know that you don’t, and how do they take these things that they know, and and then monetize them ever so efficiently? Adamsmithsayswhat?

High prices at the pump translated into great results for energy companies like Exxon Mobil, which topped the Fortune 500 with $453 billion in revenues. Your friends on Wall Street may be complaining about smaller bonuses, but financial services are experiencing a comeback of sorts. For 2011, the sector posted $150 billion in earnings, up 19% over 2010. The financial sector also saw a revival in the fortunes of the big commercial banks. Meanwhile, technology wasn't quite the profit machine that it's been in past years. Sector earnings rose by just $5 billion, although tech remains the largest profit-maker at $156 billion, narrowly edging the resurgent financials.

Yes, indeed, my Wall Street friends have been moaning ever so loudly about how they will have to MAKE DO with such teensy little compensation packages, now that you mention it. Also, mad props to the banks for getting past their hurt feelings, amiright—those poor little banks were scared to DEATH but they picked themselves up by the bootstraps and yadda yadda yadda. We can all benefit from their example. But don’t call it a comeback!

These big numbers can't last. The gravitational pull of the business cycle will eventually end the profit bonanza, in part because many companies carried out brutal layoffs during the recession and will now be forced to hire more workers to maintain their growth. So let's enjoy it as a heroic but fleeting moment, not a durable new age.