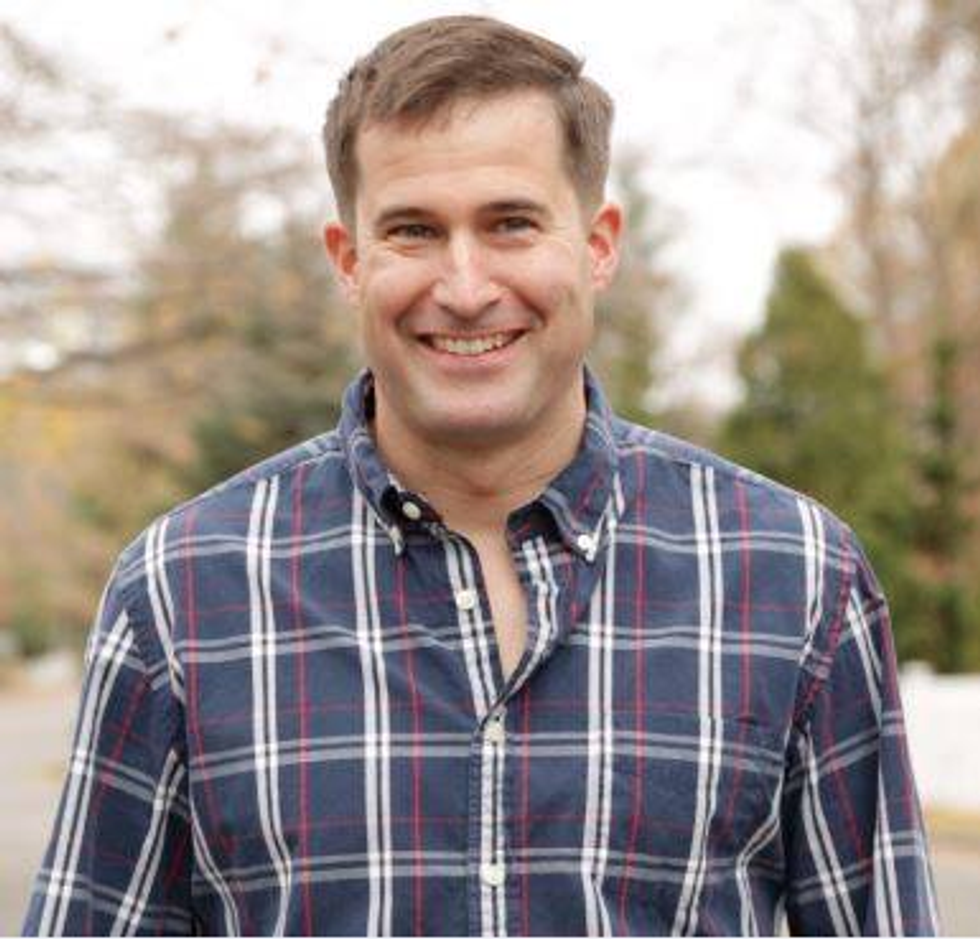 From Charlie Pierce, the feel-good political story of the day: There's this Democrat guy running for the 6th Congressional district in Massachusetts, Seth Moulton, who made it onto the radar of Boston Globe reporter Walter Robinson because while Moulton is a veteran of the Iraq War, his campaign literature has treated his service rather quietly. To Robinson, this smelled fishy -- he's made a specialty of revealing fake claims of military service and unearned medals by any number of politicians.

But when Robinson started digging, he found something almost unheard-of in modern politics. Moulton's been playing down his service in Iraq out of humility, not because he has anything to hide. In fact, if he wanted to, he could legitimately call himself a hero, seeing as how he has a couple of medals for some serious goddamn heroism:

In 2003 and 2004, during weeks-long battles with Iraqi insurgents, then-Lieutenant Moulton “fearlessly exposed himself to enemy fire” while leading his platoon during pitched battles for control of Nasiriyah and Najaf south of Baghdad, according to citations for the medals that the Globe requested from the campaign.

The Globe learned of the awards -- the Bronze Star medal for valor and the Navy and Marine Corps Commendation medal for valor -- after reviewing an official summary of Moulton’s five years of service, in which they were noted in military argot.

Robinson details the actions for which Moulton received those medals that he refuses to make a big deal about:

Moulton won the Bronze Star medal for valor, the nation’s fourth-highest award for heroism under fire, for his actions over two consecutive days during an August 2004 battle for control of the strategic city of Najaf, one of Islam’s holiest cities. According to the citation and accompanying documentation, his platoon was attacked and pinned down by intense mortar, rocket, sniper, and machine-gun fire. With four of his Marines wounded, Moulton “fearlessly exposed himself to enemy fire,’’ moving among his men while ignoring incoming mortar rounds and sniper fire, and directing supporting fire that repelled the attack. The platoon again came under heavy fire the following day when Marines expelled soldiers from the Mahdi Army from another section of Najaf.

Moulton received the other medal for valor during the battle for Nasiriyah in March, 2003, the first major battle after the US invasion. Moulton’s platoon was credited with clearing a hostile stronghold. Later, Moulton rushed to the aid of a Marine who had been wounded by friendly artillery fire even though there was a chance that additional rounds might land at the same spot.

OK, that's pretty impressive. But has he bravely risked jail by refusing to bake a penis cake? Out-Mandela'd Nelson Mandela by fighting against Obamacare, like Rick Santorum did? Marched around Washington DC or the Idaho Capitol with a loaded gun to prove that he will not submit to tyranny? We're starting to think maybe this "Seth Moulton" fellow is right when he told the Boston Globe that he doesn't want to be called a "hero":

“Look,’’ he said, “we served our country, and we served the guys next to us. And it’s not something to brag about.’

The greatest honor, he said, his voice choked with emotion, had nothing to do with the medals. “The greatest honor of my life was to lead these men in my platoon, even though it was a war that I and they disagreed with.”

Look, Seth Moulton, maybe if you could just tell some Muslims to stay out of your gun range, you'd get some recognition for real bravery.