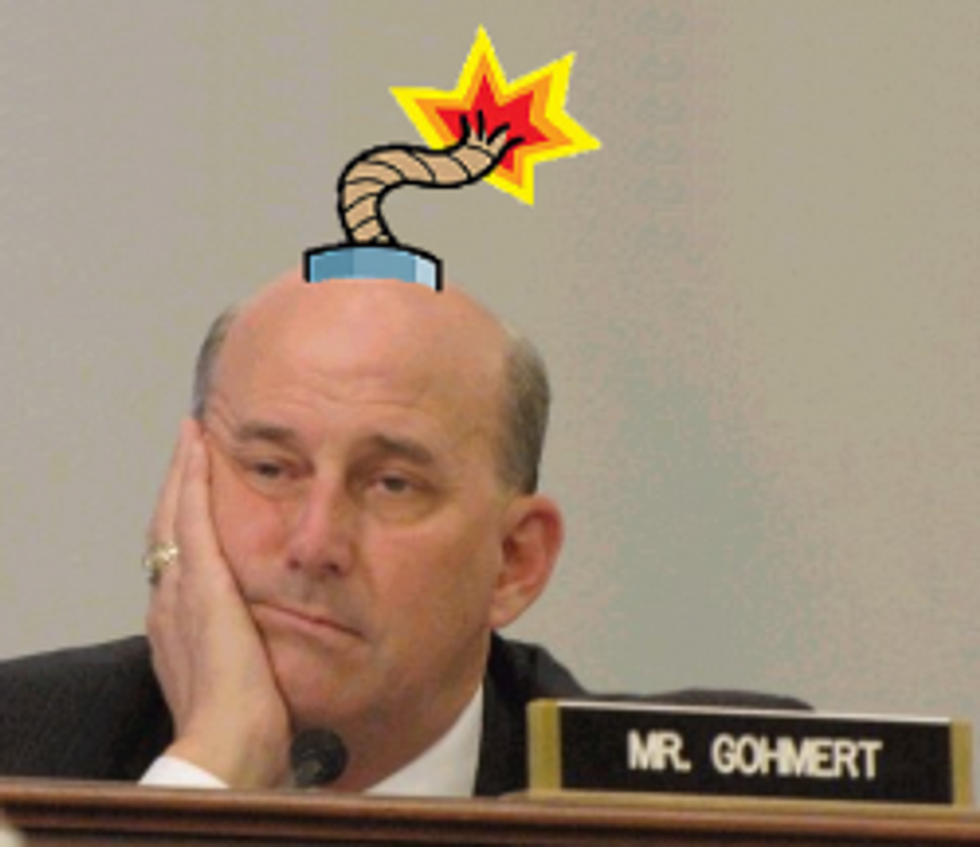 Texas Congressman Louie Gohmert (R-Lookatmee), clearly worried that he was no longer on the leading edge of crazed paranoia,suggested today that Attorney General Eric Holder allowed Boston bombing suspect Dzhokhar Tsarnaev to be read his Miranda rights not because Tsarnaev is a U.S. Citizen entitled to certain rights under the Constitution, but because Holder has a big throbbing stiffy for radical Islam. Holder also let the bombing happen because, in his extreme commitment to political correctness, he personally forbade the FBI from even asking Tamerlan Tsarnaev just how thoroughly Muslimy he was. Cool story, bro!

Think about it, when your attorney general spent more of his legal career helping terrorists than defending the country, then you know we all have certain biases and lean certain ways.

Also, too, Gohmert explained that the U.S. Government is full of Muslim Brotherhood agents, and the Justice Department is covering it up, because an Egyptian magazine said so. “How is it that our intelligence isn’t as intelligent as an Egyptian magazine?” the round-headed nudnik asked. Sure, why not? Egyptian magazines are pretty much the gold standard of reporting, after all.

Gluttons for auditory punishment can listen to the exchange below: