Louie Gohmert Fears John Kerry Is A Wizard Who Has Cursed Israel And Will Bring God's Wrath Upon U.S. 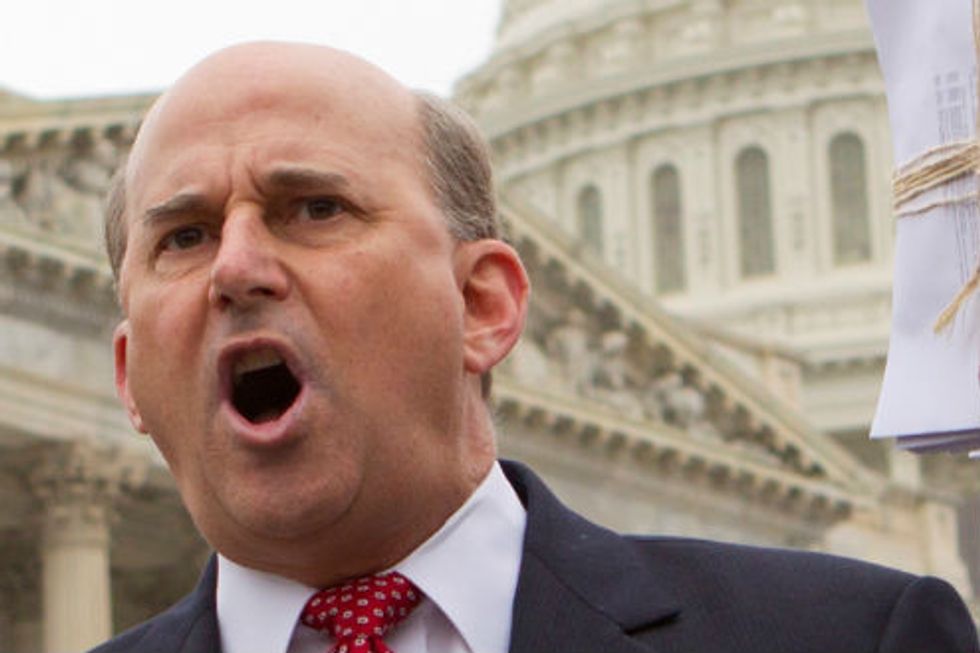 Louie Gohmert, always on the lookout to prevent the doom of our nation, is extremely upset with John Kerry for having suggested that maybe it is a bad thing the way they treat the Palestinians and that maybe they should stop and sign a peace treaty before it goes further and they have Apartheid. Which they already kind of do. He feels he must warn us now that Kerry is obviously an evil wizard who has put a curse/hex/mahlook on Israel and who will stop at nothing to bring about God's Wrath Upon America. Luckily for Israel, my sainted Nonnie swears that first part can be dealt with by dropping some olive oil into water and praying to the Virgin Mary, but what of us?

Oh that John Kerry, always bringing Judgment against us, like he is a lesbian causing hurricanes by sexing up the Oval Office desk!

Despite the fact that a few top Israeli Officials actually kind of agree with the heretic wizard John Kerry, Gohmert insists that it is Israel who has fought racism from the Palestinians, who for some weird reason hold a grudge about the fact that Israel established their country right on top of where the Palestinians were already living. It is super great that Gohmert is cool with that, because I bet his house is a lot fancier than my apartment, and it's nice to know that he would not mind if I decided to move in. Surely, it is the best and most safest place to be in the event that God does decide to murder us all on account of John Kerry.