Louisiana GOP Does Not Believe The Children Are Our Future 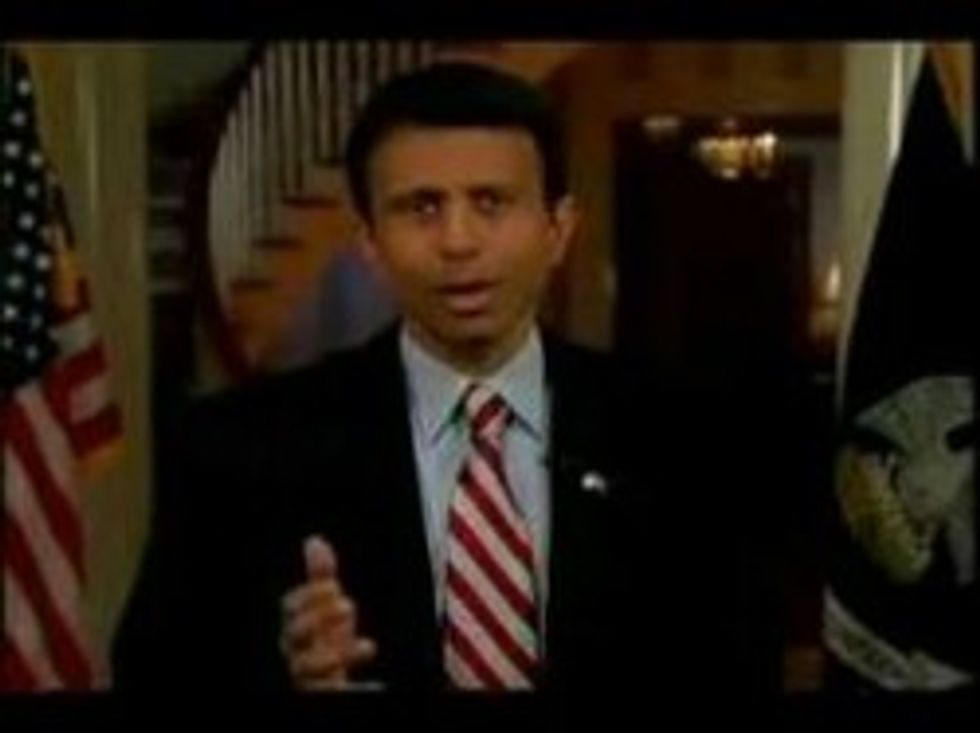 Is Louisiana not part of the U.S. anymore, or something? Did some important event transpire wherein the other 49 states and the federal government all got together and decided to let Louisiana fend for itself? Because here are some Fun Facts about Louisiana: it is home to thehighest infant mortality rate, the fifth-highest maternal mortality rate, the fourth-worst life expectancy rate, the fifth-highest violent crime rate, the second-highest poverty rate, and the fifth-highest obesity rate in the country. Now, on top of all of this, it may soon be home to the first highest rate of unedumacatedness because the legislature is dismantling public education in Louisiana.

Louisiana is embarking on the nation's boldest experiment in privatizing public education, with the state preparing to shift tens of millions in tax dollars out of the public schools to pay private industry, businesses owners and church pastors to educate children...."We are changing the way we deliver education," said Governor Bobby Jindal, a Republican who muscled the plan through the legislature this spring over fierce objections from Democrats and teachers unions.

Ah yes. Teachers unions. What could they possibly know about educating children, given that teachers unions are filled with women. Surely “private industry” (whatever that is), business owners, and church pastors know more than a bunch of WOMEN who work for the GOBMINT and are SOCIALISTS in a UNION. Otherwise they would already know that private [fill in the blank] is always better than public [fill in the blank] DUH.

Top schools…have just a handful of slots open [to students with vouchers]. The Dunham School in Baton Rouge, for instance, has said it will accept just four voucher students, all kindergartners. The school willing to accept the most voucher students -- 314 -- is New Living Word in Ruston, which has…no library. Students spend most of the day watching TVs in bare-bones classrooms. Each lesson consists of an instructional DVD that intersperses Biblical verses with subjects such chemistry or composition. [...]

At Eternity Christian Academy in Westlake,  first- through eighth-grade students sit in cubicles for much of the day and move at their own pace through Christian workbooks, such as a beginning science text that explains "what God made" on each of the six days of creation. They are not exposed to the theory of evolution. "We try to stay away from all those things that might confuse our children," [pastor-turned-principal Marie] Carrier  said.

What else might confuse the children? Math. Math is hard. It’s hard for children, and apparently it’s hard for Louisiana’s state legislators, who have not bothered to conduct any sort of fiscal analysis to determine whether or not the state will save money. Children: they are our future, in case we can save a couple thousand dollars, in which case, eh.