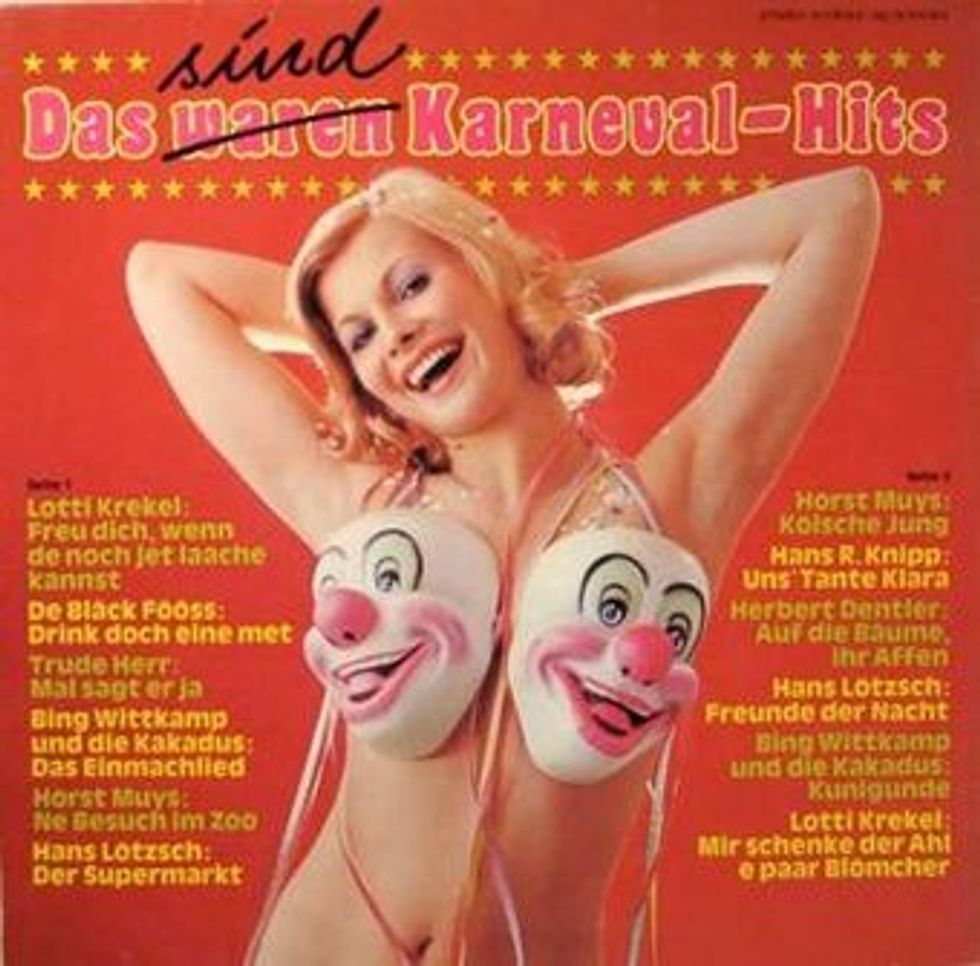 The Louisiana House of Representatives is a democratic body made up of mature adults who can debate important topics respectfully, at least until they have to talk about something involving boobies, at which point LOL ZOMG NEKKID TITTIES!

That's what happened when the house started to debate Louisiana HB 468, a bill which, for various reasons, would raise the minimum age for strippers from 18 to 21. Know what strippers are? NAKEY LADIES! Know what nakey ladies have? JIGGLE BOOBY NIPPLE 'GINAS! Know what's hilarious to the growned-up men of the Louisiana house? ALL THAT.

Well, I appreciate you wantin' to raise the minimum age. Are you gonna put a maximum age on that?

"HAHAHA," said everybody, because who wants an Oldy McGrandma stripper lady doing lap dances to them? Not Rep. Jones! Rep. Leger said, "I'm open to suggestions," but don't worry, he wasn't being a dick. He reiterated that he's most concerned about raising the minimum age.

But Jones had another question:

Does this apply equally to men?

Yes, it does, so no hot hard college gay stripper dick for you, Rep. Jones!

But then, Republican Rep. Kenneth Havard had a idea for an amendment! Is he going to be serious and offer a reasonable amendment to the bill? Of course not!

I offer up this amendment, as a part of keepin', I guess, the spirit alive of trimmin' the fat. I have put an age limit on it of no more than 28 years of age, and shall be no more than 160 pounds.

"ROFLMAO", said everybody, because NO OLD, CHUNKY STRIPPERS IN LOUISIANA, which would probably be the state's motto if Rep. Havard got his way. Of course, he's an ass, acting as if 160 pounds is some HUGE weight for an adult woman to have.

So, what a joy this session of the Louisiana House was turning out to be! Until UH-OH, a mean Republican lady rep named Nancy Landry asked Havard, "Are you saying that women who are over 28 or over a certain weight are not fit to be dancers or strippers?" Rep. Havard, the mic is back to you:

Uh, no ma'am, I'm just worried about their health and wouldn't want them to hurt one another.

THE FUCK? Is there a national epidemic of 30-year-old, 175-pound strippers "hurting one another," due to how they are way too elderly and Biggie McLargehuge to dance for money?

When Landry asked if Havard found his own amendment offensive, Havard tucked his dumb penis-tail between his crusty thighs and pulled it. (The amendment, not his penis-tail, but maybe that too.)

But then ALL the fun was over, because ANOTHER Republican lady representative, Julie Stokes, became everybody's hero, at least for the purposes of this discussion. She stood up and went the hell OFF, and it will make you cheer:

You know, I suggest that everybody in here look around at their OWN bodies, and their own daughters. [...]

I refuse the spirit of everything that I've heard, and I just can't even believe the behavior in here. I think we need to call an end to this. I hear derogatory comments about women in this place regularly. I hear and I see women get treated differently than men, and I'm gonna tell you what, you gave me a PERFECT forum to talk about it right now, because it has GOT to stop.

That was UTTERLY disrespectful and disgusting.

Then she dropped the mic like "JULIE STOKES OUT!" All the dumb boys in the room were probably like, "That lady is shrill, why can't ladies be nicer?" Then they stayed in their chairs, fumbling around uncomfortably, because they all had embarrassing boners from talking about booby-hooters.

Louisiana, we sure hope y'all are proud of yourselves for electing such fine, upstanding, sexist jack-offs.