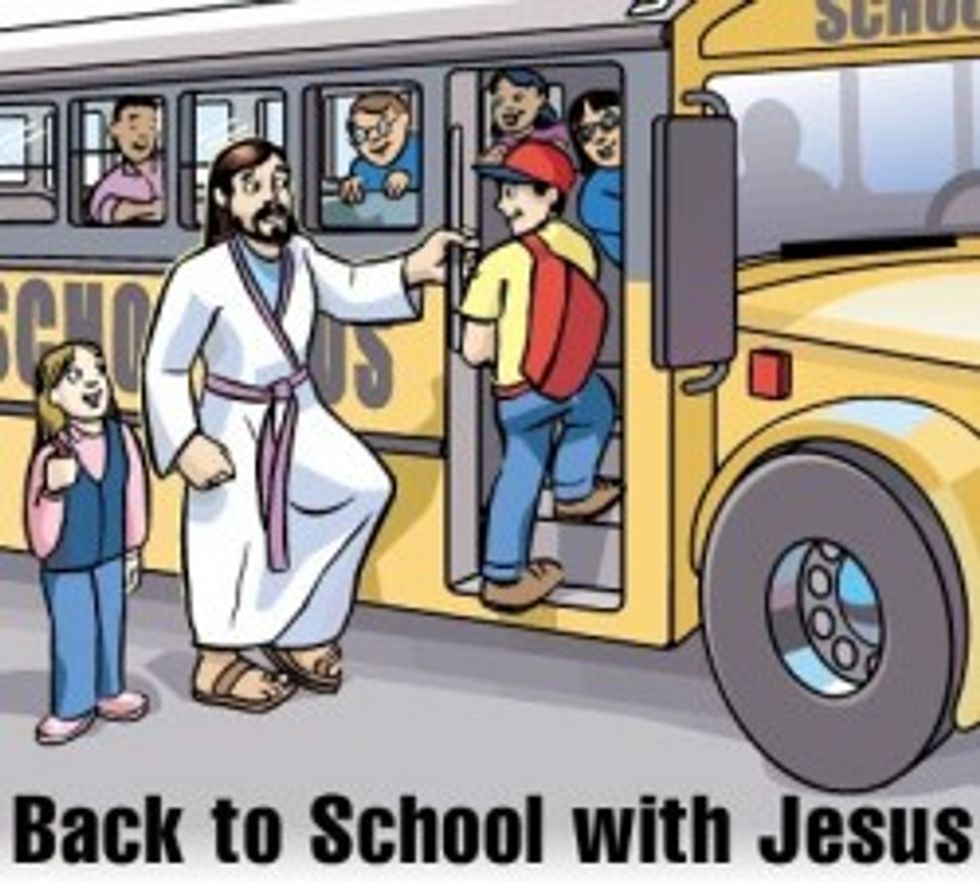 Louisiana's excitingexperiment in public-school vouchers is steaming forward, providing parents and children with educational excellence and traditional values, hooray! But that's not all! It's also an excellent lesson in how the free market can improve education, by taking taxpayer funds from the wasteful public schools and handing it to efficient private schools run by religious loons, just the way Real America wants. Among the 119 voucher schools approved so far is New Orleans' Light City Christian Academy, founded and run by Apostle Leonard Lucas.

The state's voucher program will be sending this gentleman, who “walks in the fullness of his calling and wears the mantle of an Apostle and Prophet," some $364,000 to educate 80 students. You know it's a good school because it has an educational philosophy and everything!

The Academy is a close-knit school embracing a community concept wherein the "whold" child is attended to spiritually, morally and intellectually.

Parents of whold children should find this an exciting opportunity! Strangely enough, some people are skeptical about Light City Christian Academy's claims to educational excellence. This may be because they Hate Jesus. On the other hand, it could also have something to do with these bloggers' observations that Apostle Lucas operates some two dozen nonprofit organizations, several of which seem to be ... well, maybe just a little scammy, what with the Louisiana Secretary of State listing them as "Not in Good Standing."

Or maybe it's just math: Light City Christian Academy claims "a 90% success rate of our graduates continuing higher studies in Universities across the state," but with total K-12 enrollments from 2008 to today ranging between only 35 and 53 students a year, this may not be an overwhelming record of achievement:

What does this actually mean? 90% of its dozen or so graduates have taken at least one college course in Louisiana?

The good news for Apostle Lucas is that, going forward, his school simply needs to achieve "at least a state-issued grade of D-minus" to continue to accept school vouchers. That kind of competition should make the godless government schools improve their performance!