Loyal Opposition Mitch McConnell Now Filibustering His Own Bills, For Comity, And Freedom 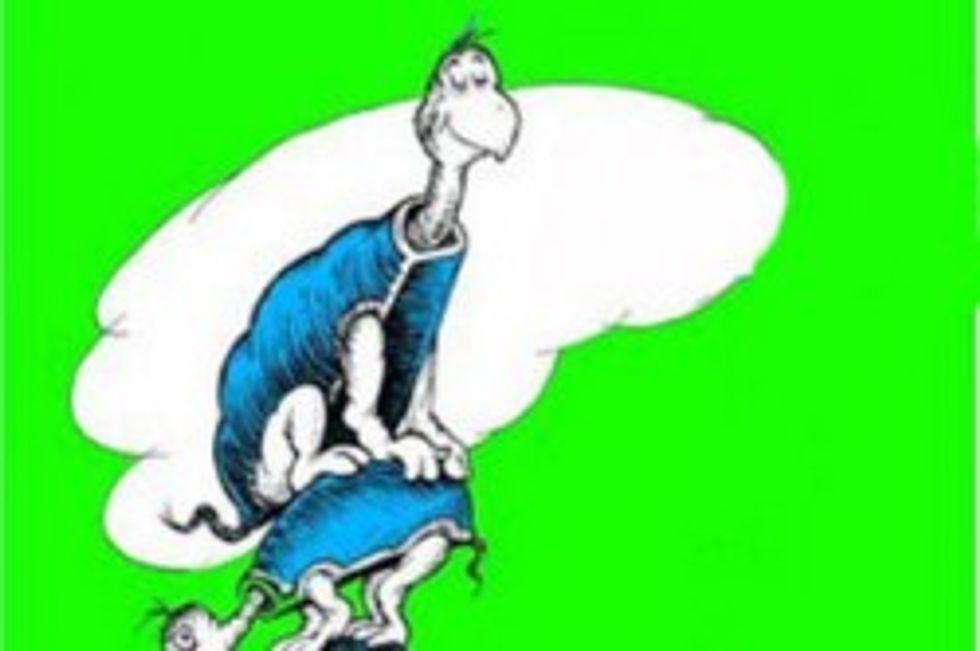 Frankly, we are surprised it took this long -- three years and ten and a half or so months into Barack Obama's Purple Reign -- for Senate Minority Leader andKing of All He Surveys Mitch McConnell to become so demented that he is now forced to filibuster his own bills. This man, he is just not very good at his job, right? How ever has he managed to last this long opposite streetcorner brawler Harry Reid?

Senate Minority Leader Mitch McConnell (R-KY) wanted to prove on Thursday that Democrats don’t have the votes to weaken Congress’ authority on the debt limit. Instead they called his bluff, and he ended up filibustering his own bill. [...]

McConnell brought up the legislation Thursday morning. Senate Majority Leader Harry Reid (D-NV) initially objected, seemingly proving the Republican leader’s point that it cannot pass the Senate. But then Reid ran it by his members and, in the afternoon, agreed to hold that same vote. This time it was McConnell who objected. [...]

McConnell claimed he never agreed to hold a simple majority vote on the bill.

“What we’re talking about here is a perpetual debt ceiling grant in effect to the president. Matters of this level of controversy always require 60 votes,” the GOP leader said.

Jesus Christ. But what's this? Harry Reid let him get away with that shit?

“Senator McConnell’s filibuster prevented us from having this vote today,” he said in a statement, “but I will continue to seek an agreement to hold an up-or-down vote on his proposal to avoid another debt ceiling debacle.”

Put on your boxing gloves, Harry. Of votes.