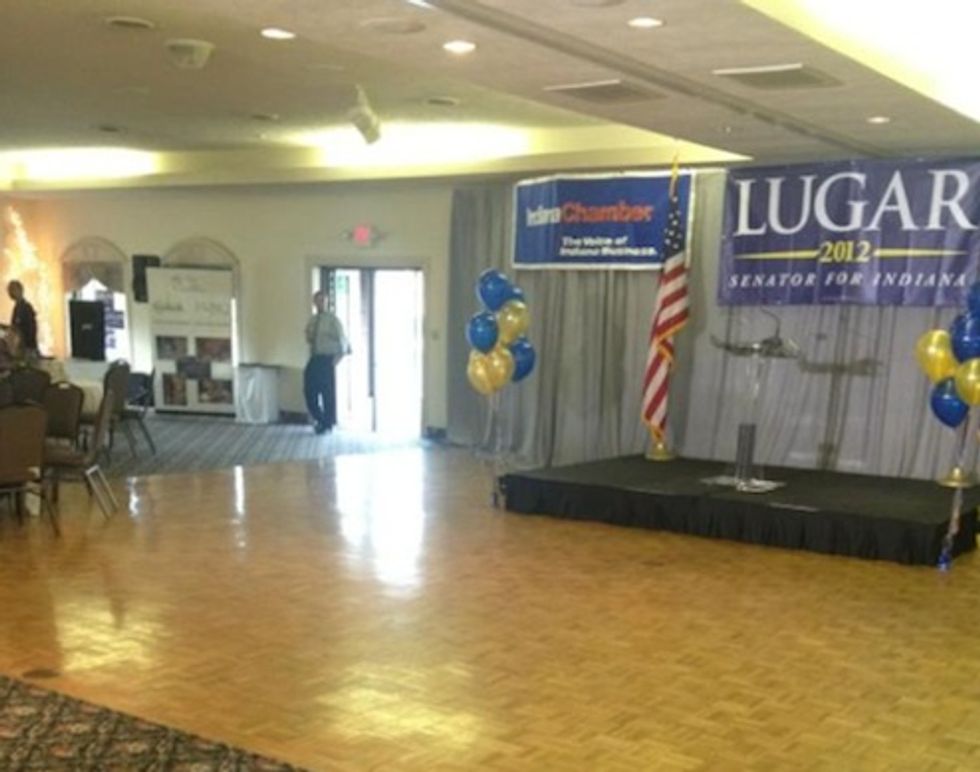 Here is the ghostly ballroom where Dick Lugar's six-term Senate career is doing a sad, invisible waltz of doom. NBC is calling the Indiana GOP Senate primary for teabagger Dick Mourdock, thereby "putting the seat in play for Democrats in the fall," because Mourdock is some sort of terrible nut who has promised to leave little puddles of his urine for seniors to slip on wherever they are waiting in line for their Medicare pill bottles.

ALSO, TOO: Mitt Romney may now have a sip of his celebratory Shirley Temple, because he is theofficial winner of the Indiana and North Carolina GOP presidential primaries. Ron Paul, who has mysteriously forgotten to email us asking for money these last few weeks, is still around and holding a grim 0.1% lead over "no one" for the second place spot. [The Hill/TPM]