Lutheran Pastor Sorry For His Terrible Sin: Praying With Other Religions At Sandy Hook Vigil 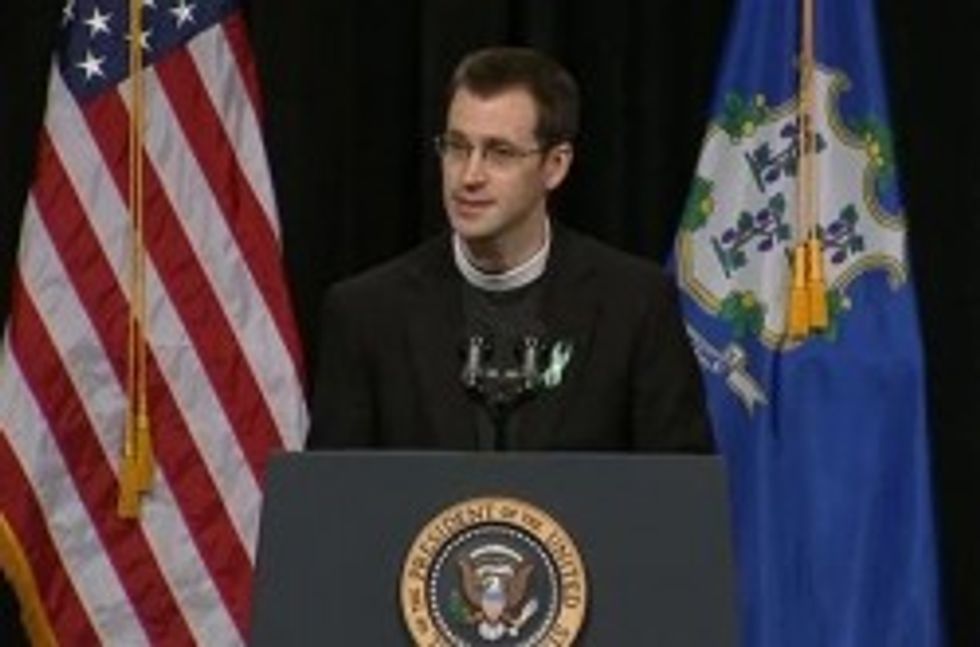 It is a good thing God sent his only begotten son to us to wash away our sins, because a Connecticut pastor had adoozy of one. (Please remove all children and pregnant women from the room, before you read the shocking thing you are about to read, with your eyeballs, which very well might fall out of your head and roll under the table.)

We regret that we have to be the ones to inform you of this, but he prayed with ministers of other faiths at the vigil for the children and teachers murdered in Newtown. FUCK. YOU DIDN'T GET ALL THE PREGNANT WOMEN OUT OF THE ROOM! Now there's gonna be all kinds of two-headed babies up in here, just because you never listen to us. But wait, you are thinking, this guy is Lutheran, not Westboro Baptist! Ecumenicism has been a thing for like decades! Surely this guy is not in trouble for praying with people of other faiths during a nationwide tragedy? That is because you are an idiot, because the guy was definitely in trouble, and he had to apologize.

Luckily, he did. Because apologizing for treating people of other faiths as equally entitled to their faiths, and praying with them for the good of the community and the nation, was the right thing to do, and not at all spineless and craven.

Maybe you, like us, listened to the whole thing on NPR, driving to be with friends on that day of awful sadness, and it filled a little the terrible gaping hole in your heart. Maybe you thought it was beautiful from the Muslimy song to the Jewishy song and all the prayers and murmurs in between. Maybe even just listening to the scuffling and the breathing of the diverse congregants made you feel you were there, one with the town and the nation. Maybe you even prayed yourself, because you do that a couple times a year or so, even if its just to the web of consciousness, or the universe, or whatever your "Higher Power" is as you define it. (AA!)

USNews points out that another Lutheran pastor was reprimanded for the same thing after 9/11. He didn't apologize, because he was a man, not a scared, dickless, useless fart.