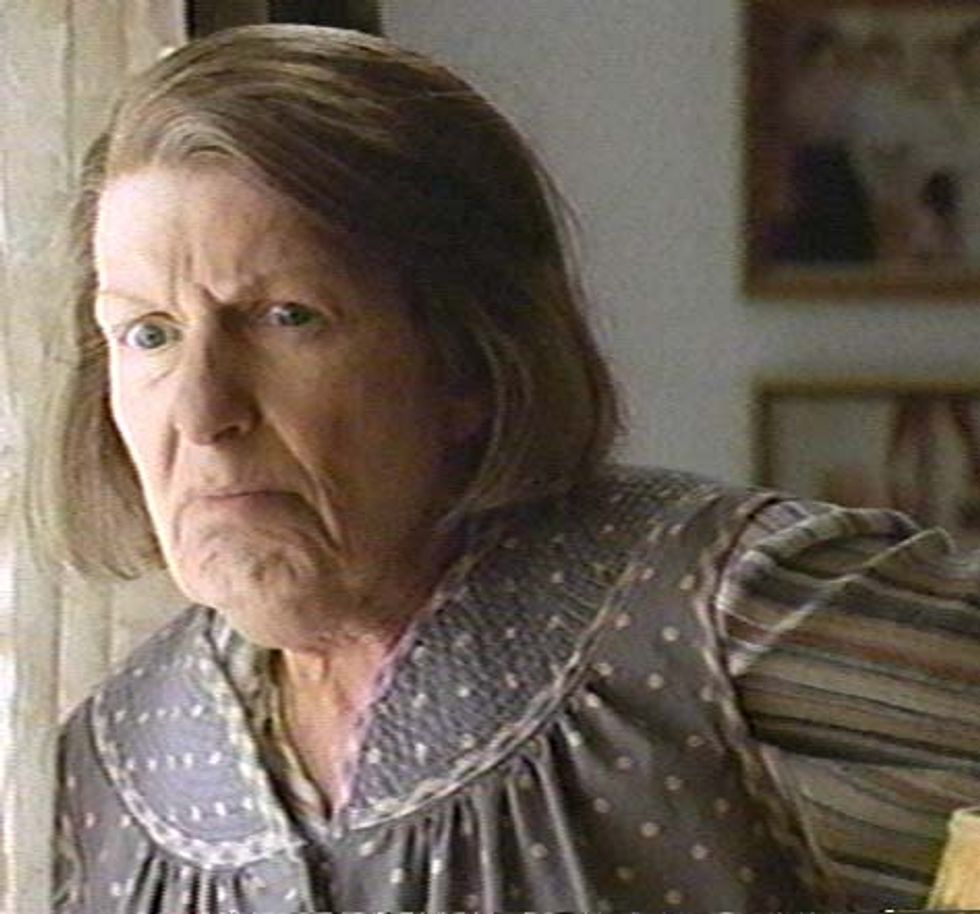 Remember all the good times we used to have listening to the gentle murmurs emanating from lips of the nation's kindly grandma, Barbara Bush, who was oh so very kind? What a treasure she was, calling people bitches and congratulating Katrina refugees on their good fortune in being homeless in Houston, and just generally being an all around swell dame that everyone loved and nobody hated ever at all.

Well, Lynne Cheney, authoress, mother, and "conservative scholar," as well as helpmeet to noted marksman "Dick," seems to be aiming for her place in the pantheon of graceful and gracious Second Ladies of Note.

“So I’m at the Patrons Ball tonight and Lynne Cheney, the mother of Liz, comes up to my father-in-law and tells him to… I believe the direct quote was 'Shut your mouth' regarding his support of Mike Enzi,” Deb Oakley Simpson wrote on her Facebook page, as quoted by the Casper Star-Tribune.

Lynne Cheney denies it, of course, but you know who isn't talking? Alan Simpson, that is who is not talking! And dude is a fun get who loves to yell at people!

Lynne Cheney. They say a snake bit her once. And died.