Macy's Can't Lock People Up And Charge Them For Things They Didn't Steal No More, Unfair! 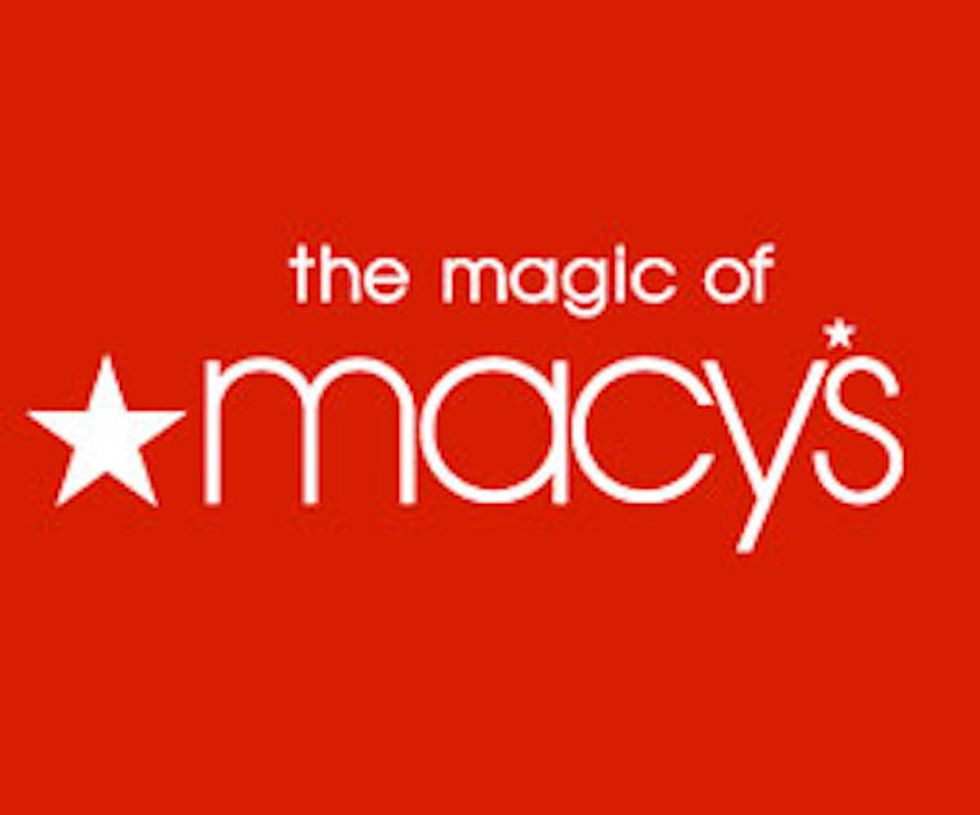 Welp! It's safe to shop at the Macy's in New York City again, sort of! Following a lawsuit filed by two women who say they were detained in "store jail" for allegedly shoplifting, and then charged money for stuff they didn't even shoplift in order to leave, Manhattan Court Judge Manuel Mendez has barred the store from, well, illegally detaining people and charging them for things they didn't even steal! Fancy that!

Samya Moftah, one of the women who filed the lawsuit, says she was trying to exchange some clothes when a store manager pulled her aside, took her to an office, and accused her of shoplifting. The manager and two plainclothes offiers then took her to the basement, where she saw what looked like a row of jail cells. They took her things and patted her down repeatedly:

And then it got worse!

According to the affidavit, one of the employees said, “see what’s under the scarf” in referral to her hijab. She repeatedly mentioned that there was a huge mistake, and they should check her receipts. Moftah was locked in one of the cells. Her things were reviewed in front of her, and she “continued to plead with her (the manager)," telling her “these were mine, and I had purchased them on my Macy’s card,” and she could easily verify this.

The manager approached her with documents, and told her to sign them repeatedly and pay $100 in order to go home. Moftah hadn’t eaten all day – it was Ramadan. When she began to cry, she was threatened with handcuffs and taunted for stealing during Ramadan and being Muslim, according to her affidavit. The Macy’s manager returned and told her the new price to go home would be $500. When she refused to do so, her credit card was removed from her wallet and charged for the full amount.

Yup! That is a real thing that happened in the United States of America! Naturally, Moftah was horrified by her experience and decided to file a lawsuit, when lo and behold, she discovered this had also happened to another woman, Cinthia Carolina Reyes Orellana, so the two combined their cases.

In Orellana's case, she was detained after merely taking some clothes with her to another floor ... of Macy's. Macy's says this isn't allowed in any of its stores, but I have absolutely done it multiple times myself, and I don't think it would occur to anyone that it was not an OK thing to do.

Orellana was similarly not allowed to return home and was given a receipt with a charge of $100 and told she needed to pay a full $289 to Macy’s. She was also turned over to the NYPD after several hours locked in the basement of Macy’s in a cell.

In letters and receipts shown to the Guardian, Macy’s continued to send Orellana settlement claims for $199.80 for the civil claim through law firm Palmer, Reifler, and Associates in September 2014.

Jim Sluzewski, Macy's senior vice president of corporate communications and external affairs, says the store's practice of "Civil Recovery" (i.e. give us money for stuff you didn't even stoled), which was only a thing in their NYC store, was done away with last fall anyway. Which is good! Because that is a completely ridiculous policy!

Of course, this is far from the first time that Macy's has gotten into trouble for this kind of crap. Back in 2014, the store ended up having to pay out over $650,000 to settle lawsuits filed for racially profiling and detaining shoppers of color.

But there's actually a very easy solution to this problem! See, having spent approximately 12 billion years in retail, I can tell you that the whole "Gotta watch the black people because they shoplift!" mentality is startlingly prevalent. And it's not just some internal bias that people just aren't even aware they have or something. They say it. Out loud, and to other employees. They say "Oh, I'm not racist, it's just a fact. Black people shoplift more."

However, as I found out firsthand, this is an incredibly easy mindset to break people of. All I had to do was point out that -- as they already were aware -- the vast majority of shoplifting trouble we'd had came from employees, teenage white girls, and affluent white women often pushing baby carriages. And every time they'd go "OH, wow, I guess you're right! I don't know, I'd just always heard it was a thing!"

And I am right! The FBI says I'm right, and that 70% of all larceny/shoplifting arrests are of white people. And it would probably be higher if retail employees weren't spending all their time following people of color around for no good reason!