Madonna Is Your New Nelson Mandela! Please Pass The Cyanide. 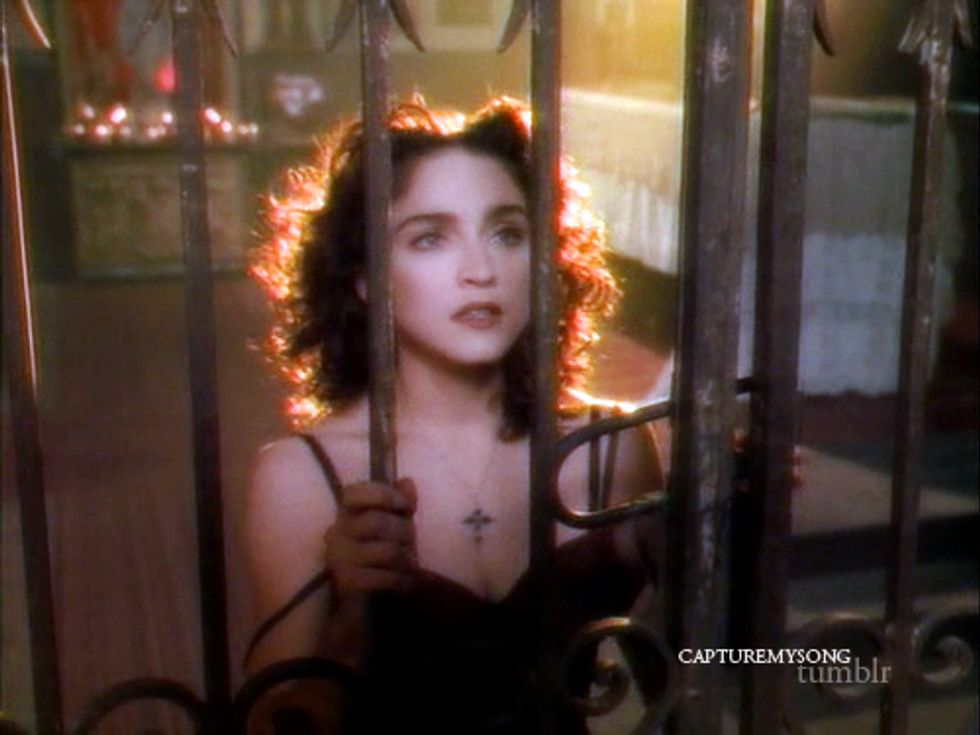 Last year, Madonna put herself in Art Jail, with a 17-minute tone poem about how ... the oppression was coming from inside the house! It was hilarious, and ridiculose, and full of hot dudes doing really good ripoffs of Chicago, and it was all about, like, stuff. (Go on, click over to our little sister site HappyNiceTimePeople.com, which we done sold but we still get $$$ from it! We wrote the thing, so you know it's finger-lickin' good!) Now, Madonna is going even further, by sexplaining that she is basically Nelson Mandela, known to his countrymen as "Madiba." That is like ONE SYLLABLE AWAY from Madonna! So you know that it is true.

Here is Madonna's new album cover, which we stole from Gawker, where we found this post:

That is pretty ugly! But can it get uglier? Sure, why not:

That is the picture of Nelson Mandela Madonna is tweeting right now, along with similar pix of Martin Luther King Jr. and ... Bob Marley. She is explaining that, like Madonna, the legendary humans of civil rights are rebel hearts. Like her. Buy her album!

[contextly_sidebar id="tFeB6QmvIY1nASpVF7Uf5ieIcAbET92H"]We have heard exactly one person compare himself to Nelson Mandela and do it right. (No, it wasn't Rick Santorum.) Did you guess "Rebecca's dad"? Then you guessed correctly! The occasion was a weekend stay in jail, at the age of frail-mid-70s, when for two days he did not get to sit down. And how was jail? It was "wonderful!" he said. Not getting to sit down hurt, but then he thought about Nelson Mandela in his solitary cell for 30 years. "And if Nelson Mandela could do that," he said, "then surely I am one-one-thousandth the man Nelson Mandela is." And he stood straight and proud for whatever amount of time was left.

Did Madonna say she was one-one-thousandth the rebel heart Nelson Mandela is? No, because she doesn't have anyone to tell her when it is time to shhhhhhh, Madonna, you are terrible and need to stop. Go write a tone poem or something about apathy.

At least she didn't put him in cone boobs.