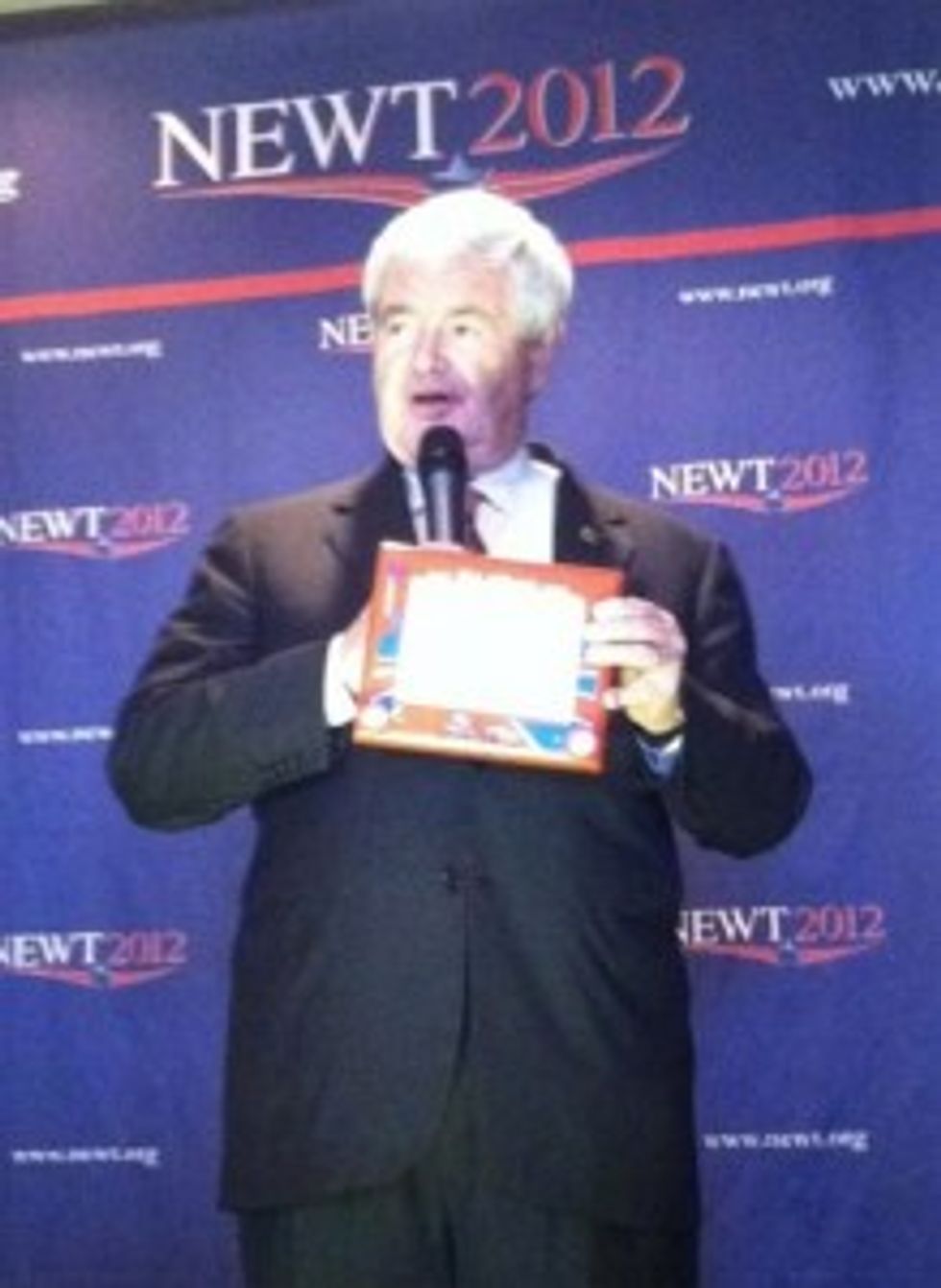 Constipated space hippopotamus Newt Gingrich has perfected the alchemical formula for converting moral bankruptcy into actual bankruptcy, because of his five hundred PhDs: The health care think tank that Newt founded, the Center for Health Transformation, filed for Chapter 7 bankruptcy Wednesday. This is similar to how Newt's campaign is $1.5 million in debt, and also that other think tank that he ruined. Newt, the old smarty, has also crafted a formula to be able to blame not himself for the firm's collapse: He made someone else take over the leadership responsibilities when he ran off to campaign for president of talking about leadership responsibilities, though the Associated Press notes that "financial disclosures show he’s still owed millions for his share of the business." Newt Gingrich is better than the Queen of England at getting paid for doing nothing.

Just look at this other PhD-having person, who is so in awe of Newt's wizardry:

“Much like his presidential campaign, even the receipt of millions of dollars could not keep Newt Gingrich’s health-care think tank afloat,” said Charles S. Bullock III, political science professor at The University of Georgia. “While health-care costs have bankrupted many without insurance, Gingrich may be the first to go broke studying health-care delivery.”

But is bankruptcy really even Newt's real magical specialty? No, is the answer to that obvious setup. It is convincing other people to pay Newt Gingrich actual millions of dollars for Newt's sex favors, according to this WaPo piece from last year that will make you hurl:

The Center for Health Transformation, which opened in 2003, brought in dues of as much as $200,000 per year from insurers and other health-care firms, offering some of them “access to Newt Gingrich” and “direct Newt interaction,” according to promotional materials. The biggest funders, including firms such as AstraZeneca, Blue Cross Blue Shield and Novo Nordisk, were also eligible to receive discounts on “products and workshops” from other Gingrich groups.