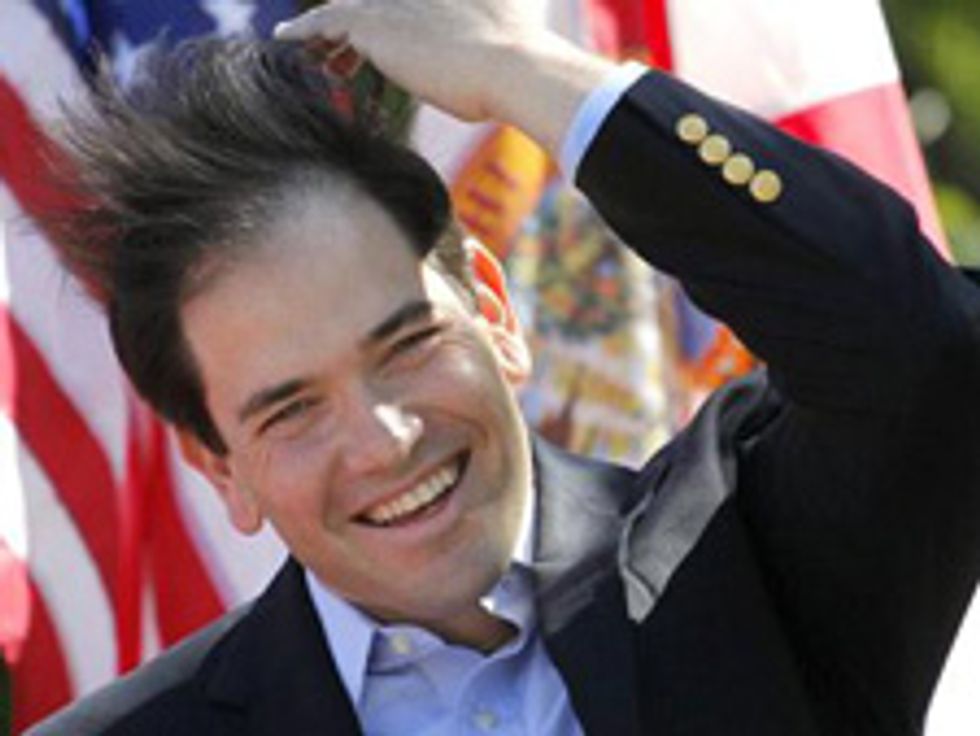 Marco Rubio, who insists repeatedly that he has little interest in the vice presidency, continues to accept every fluffy interview that offers him a platform to talk about the vice presidency. Check out this most recent,sorta definitive one with Major Garrett, who asked him, “So, if Mitt Romney asks, you will you say no?" and got the reply “Yes. But you know he’s not going to ask. That doesn’t work. He’s watching this interview right now." So there it is: Marco Rubio has confirmed that he will say "no" when Mitt asks him to be his first. But what about when Mitt asks him to be Vice President? See, there's plenty of wiggle room here.

Now that Rubio has directly stated (absurd wiggle-room fantasies aside) that he will say "no" to an offer for the vice presidency, the political media will respond by asking him the same question but a hundred times more frequently. Look, Rubio, you're part of a fucking narrative we've created for the next few months, so please cooperate and don't give clear answers to anything, okay? Good. Now let's skip the part where you say, conclusively, that you will not accept an offer to be vice president, and move along to the bullshit mindreading speculation about nothing:

As his interview wound down, Rubio made a bit of a slip when he talked about his future after his career as a vice president, not a senator.

Oooh, slip! Gotcha! Marco Rubio totally wants to be VP but would he accept it??? Someone should ask him.