Marine Maniac Still Shooting At Anything Near DC Related To Marines 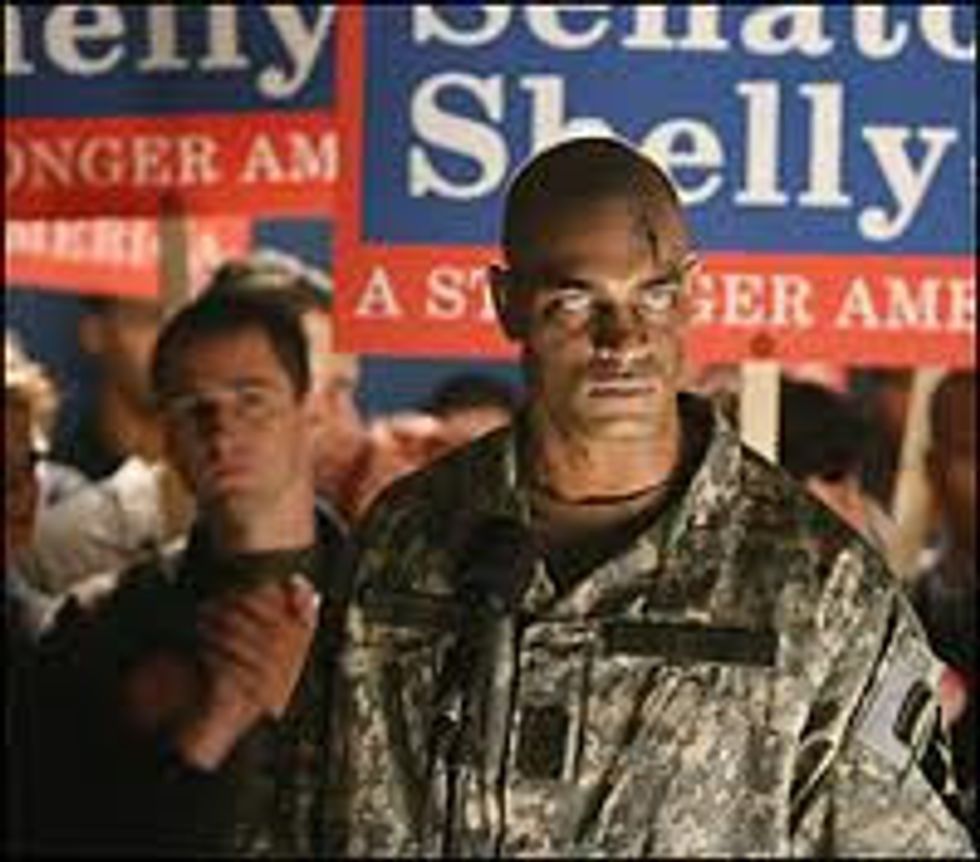 Are you headed to Washington for the big comedy rally we are having in lieu of possessing any grand ambition, moral beliefs or personal dignity? Hooray, hope you like Sheryl Crow a lot! Also: Hope you don't get shot by the armed & dangerous lunatic firing on anything he thinks is a U.S. Marine or U.S. Marine-affiliated facility. Oh yeah, and this weekend's the big "Marine Homecoming," meaning some 30,000 Marines and Marine-affiliated persons will be everywhere in and around DC. And law enforcement officials would like you to know there's achance this current or former Crazy Marine might want to shoot all the other Marines, in Washington, this week.

One great thing about "ex-military" in America is that they invariably start shooting shit up within America. From the historical tragedy of Rambo to Timothy McVeigh to that terrible "car sniper" who killed people all over the Washington metropolitan area a few years back, we can almost always count on our veterans eventually turning against us -- because it turns out that being sent into hell-zones like Vietnam or Afghanistan or Iraq and being told to kill all the humans has a long-term detrimental effect, on the brain and soul.

Several shots were fired at the National Museum of the Marine Corps overnight in Triangle, Va., according to Prince William County Police. The shooting incident apparently occurred between 9 p.m. and 6 a.m., just hours after the FBI linked Tuesday night's shooting at a Marine recruiting center in Chantilly, Va., with two similar cases in the commonwealth -- including an earlier incident at the museum.

Investigators believe the person shooting has some type of issue with the Marine Corps and they are working under the assumption that he is or was a member of the Marines.

In the wake of the shootings, security is being stepped up for Sunday’s Marine Corps Marathon. The Pentagon was the most prominent target, and more than 30,000 marathon runners will be speeding right by the Defense Department headquarters on Sunday.

FBI agent John Perren said, "We'd like to know what his grievance is and how we can try to resolve it. We'd like to hear his side of the story." And then he pretended to cough and mumbled into his hand, "And then we'd like to shoot him." [NBC Washington]