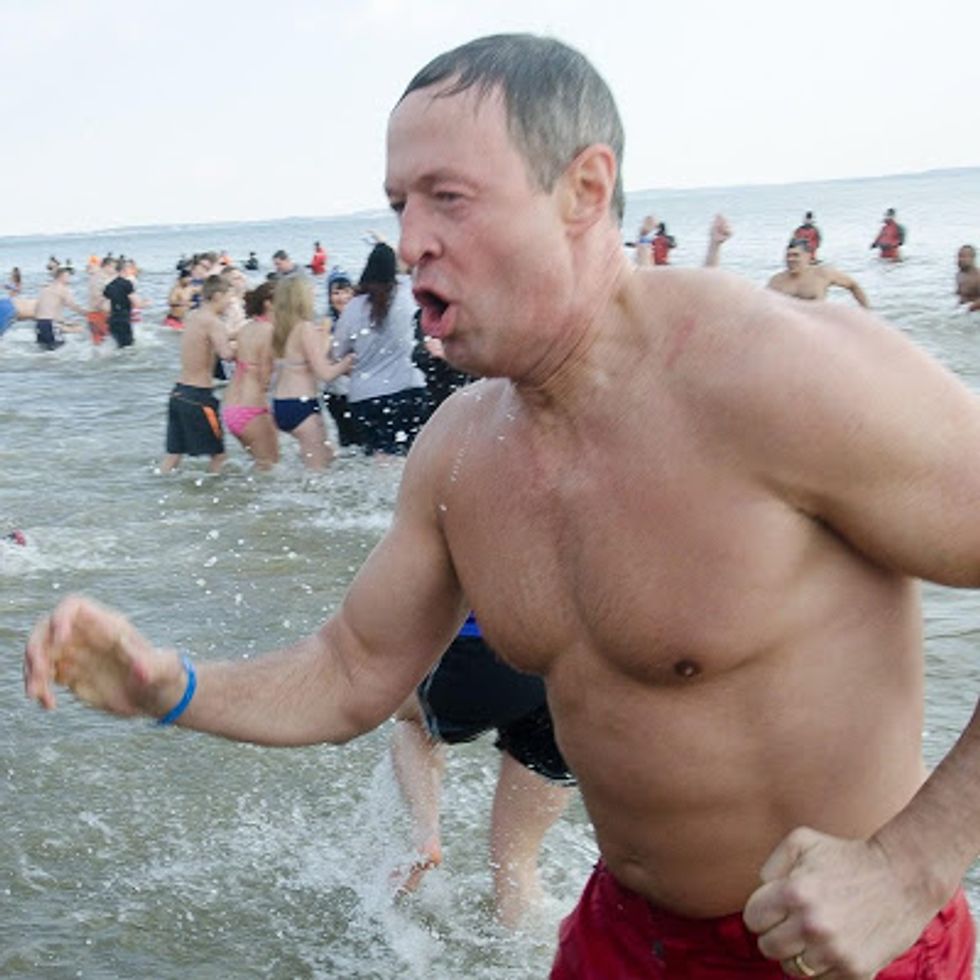 He likes to show people his sex body.

So, there's a rumor going around that there are other Democrats running for president besides Hillary Clinton and Bernie Sanders, and yr Wonkette was disinclined to believe them until GQ ran a profile of this character "Martin O'Malley," which seems to suggest that he's running for president because he's the smartest (he says), and Hillary Clinton is just too much of an old crusty hag fart to do the job:

“Sometimes people have asked me, ‘Are you to the left or to the right of her?’ and I respond, ‘I am to the forward of her,’ ” O'Malley says. “I arrived at these things before she did because I am of a different generation than she is.” He adds, “I do have a new perspective to offer, and it is generational, and there is a big generational shift under way within our country. The attitudes of people under 40 are very different than those of people over 50.” That last bit may be true—and it may also be a badly veiled jab at the 67-year-old Clinton—but does it make the case for O'Malley? After all, O'Malley is 52.

Now wait just a goddamn minute, that doesn't make a lick of sense, Mr. Smarthole. He seems to be saying he's "forward" of Hillary because he "arrived at these things before she did" because he's younger, which is actually, science fact, the opposite of how time works. Hillary Clinton got to all the things before O'Malley did, and he hasn't even been first lady yet, so how does he think he can be president? ALSO, TOO, the thing about how he somehow believes he's the candidate for The Youngs, because he's one of them, except how he JUST SAID he's elderly just like Old Mothballs Clinton, due to how he is a member of "people over 50."

When O'Malley announced (to his wife or his mom or something, we dunno) he was running for president, we liked the way he made fun of Sarah Palin for being A Idiot, because she is A Idiot and should be made fun of regularly. But maybe he's not ready for prime time?

Click over to the full GQ piece to learn more about O'Malley, and why he doesn't like "The Wire," and how he was the best at being the mayor of Baltimore, according to him. (Others, of course, say he was the worst at being mayor of Baltimore and is muchly to blame for why policing in that city is the most fucked up in the nation if you don't count all the other large cities with fucked up police departments.)

Also, his wife's name is Katie, he plays in a band, he likes to get naked a lot, and he is a Capricorn. Now you know.