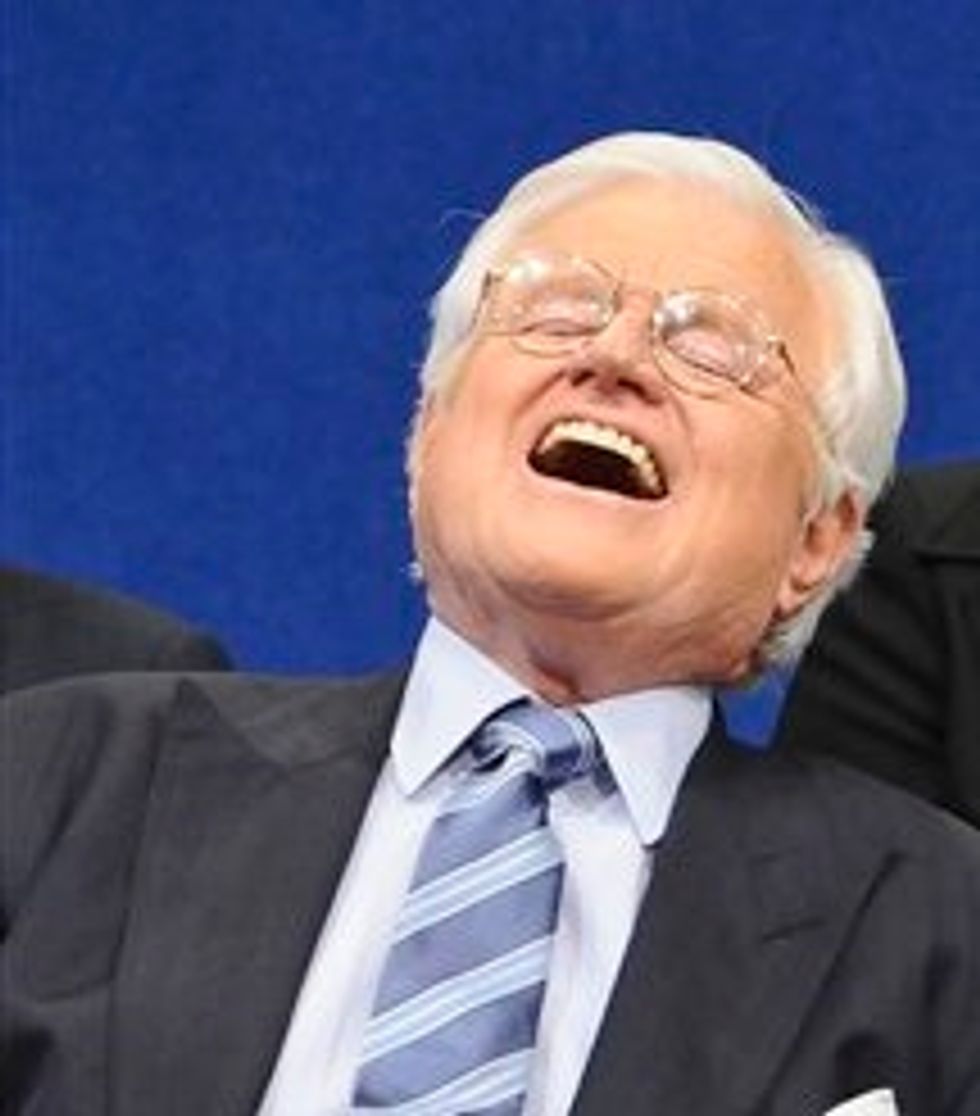 Ted Kennedy might have a mean old liberal Democrat replacement in the Senate soon! All the Massachusetts legislature must do ischange the comical law that Ted Kennedy forced it to enact in 2004, the one that prevented Gov. Mitt Romney from appointing a Republican to President John Kerry's Senate seat. The legislature has moved up a hearing from October to early September on a bill that would allow Gov. Deval Patrick to appoint a temporary replacement to Kennedy's seat, immediately. Patrick will be looking for a replacement with such qualifications as the ability to press the "yea" button on a health care reform bill, and nothing else. Would it be hypocritical of the Massachusetts state government to amend this law right now? Yes. Good GOD, yes! But who cares? [Salon/War Room]