Massachusetts Sheriff Makes Funny Comedy Joke About How Obama Should Get Shot, Why Don't You People Have A Sense Of Humor? 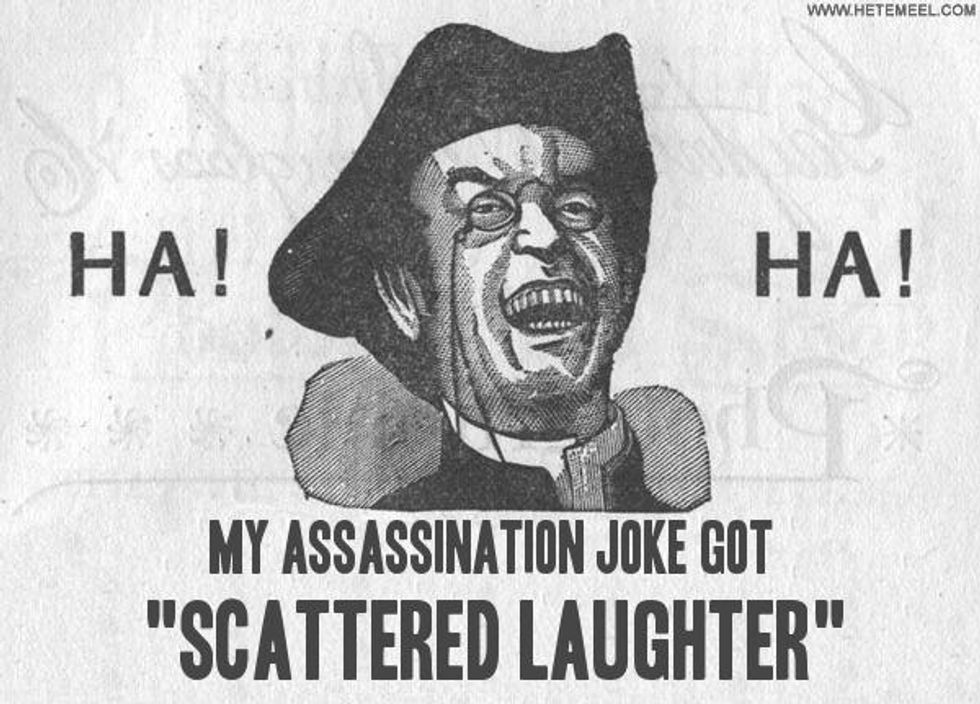 We've decided that there's only one thing more difficult than coming up with a funny joke about assassinating the president, and that is coming up with a creative lede for a story about the latest small-time GOP bigot to make a stupid joke about assassinating the president. It's all been done, even the meta stuff, and now here comes Plymouth County Sheriff Joseph D. McDonald, Jr., who tried out his comedy chops at a Massachusetts Republican Party St. Patrick’s Day breakfast this weekend witha hilarious joke about how America would be a better place if Barack Obama had a bullet in his head:

McDonald offered a joke about Barack Obama being visited in a dream by three past presidents, who offered advice on how to improve the country. Lincoln’s advice: “Go to the theater.”

The joke was reportedly met with “scattered laughter.”

For the sake of distinguishing him from the guy who brought us the Fish Cheer, we'll just call this sheriff guy Cunty Joe McDonald.

We get it, Republicans, you really don't like Barack Obama and the fastest way to get a different President would be to blow his brains out. We know it's just a fantasy, because you would not actually love President Joe Biden all that much either. But for some reason the PC Police just can't take a good old kneeslapper like a lawman saying it would be funny to murder the president of the US. Fucking liberals, never understanding a joke.