Matt Drudge Not Even Trying To Hide It Anymore 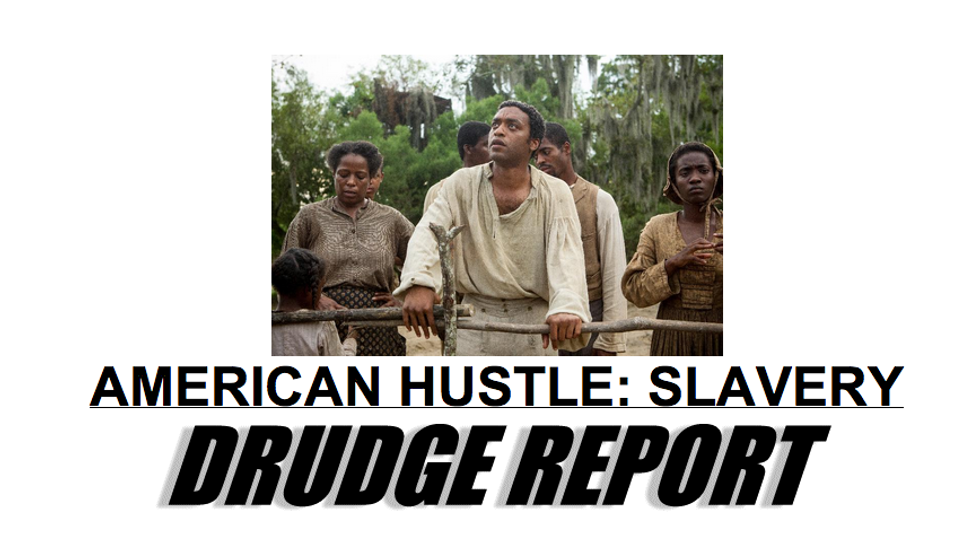 Let's play a fun game. It is called "What Is Wrong With Matt Drudge?" and the answer cannot be "everything" because then the game is over. Above you see his illustration this morning for the Golden Globe nominations, in which 12 Years A Slave and American Hustle both made out like armed robbers. Armed robbers who are black, obviously, as if there is even any other kind!

But what is Drudge (or his unnamed minion) even trying to say here with this amazing juxtaposition, which takes two totally disparate films, one of which stars Christian Bale, and puts them together with punctuation denoting that the second follows as a result of the first? Let us parse it, together, for freedom.

Hahaha, no, the answer is not any of those things. What Matt Drudge was trying to say was "oh my fucking god, I am sooooo racist. I am sad. Someone please help." The end.