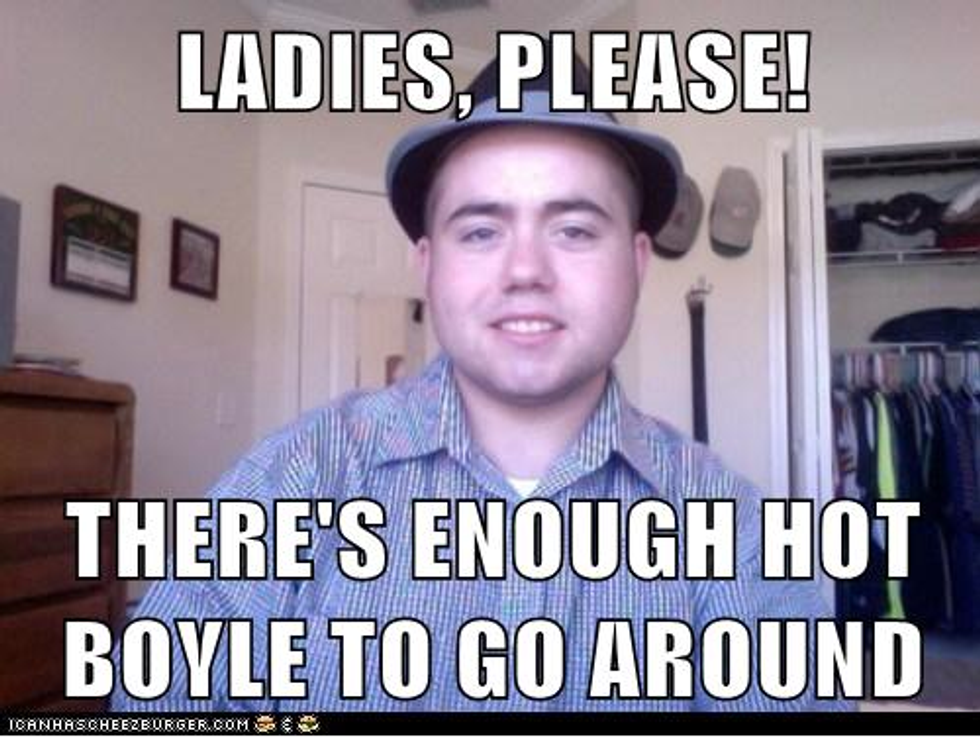 Hi single people! Sorry about the uber-commercialized "fuck you I'm getting laid tonight" holiday that coupled people foist on you every February. You really don't deserve it. But take solace in at least one thing: you are not Matthew Boyle of Breitbart/Daily Tucker fame.

Your Wonket is all for pointing out that STIFFING A HOOKER IS NOT COOL, MAN, and if it turns out that Menendez's prosties were indeed underage, that really would be a problem! But devoting 26 out of the last 34 articles on the same worthless story is, gosh, starting to look like piling on!

While this sort of hard hitting journalism might not get Boyle his own show on Fox, there are some inherit bonuses for a sad dumpy blogger in covering such a story:

In breaking the Menendez scandal before the election, this reporter interviewed two Dominican Republic prostitutes alleged that they were underpaid to have sex with Menendez around Easter time last year at Casa de Campo.

At some point the thrills of vicariously experiencing the foreign sensations of sex by asking hawt latina sex workers detailed questions about their jobs (ha) turns into a creepy obsession. Making a flight map of a grown-ass unmarried Senator's booty call like it was an aborted terrorist attack is not going to impress any young lasses at last call.

If the 1990s and the rise of Matt Drudge taught us anything, it is that the keyboard armed Right-Wing panty sniffers never fully receive their comeuppance for riding powerful people's dicks into notoriety. Even giving them a scintilla of attention only encourages this sort of assholery. So please (and I know this will be hard to do with a face like this), if you see this man tonight prowling for ass and trying out sweet pick up lines that he learned from his bro-session with Ted Nugent, DO NOT FUCK HIM. Send him back to his apartment to watch his 2004 World Series DVD with the healthy dose of meh that he so richly deserves.