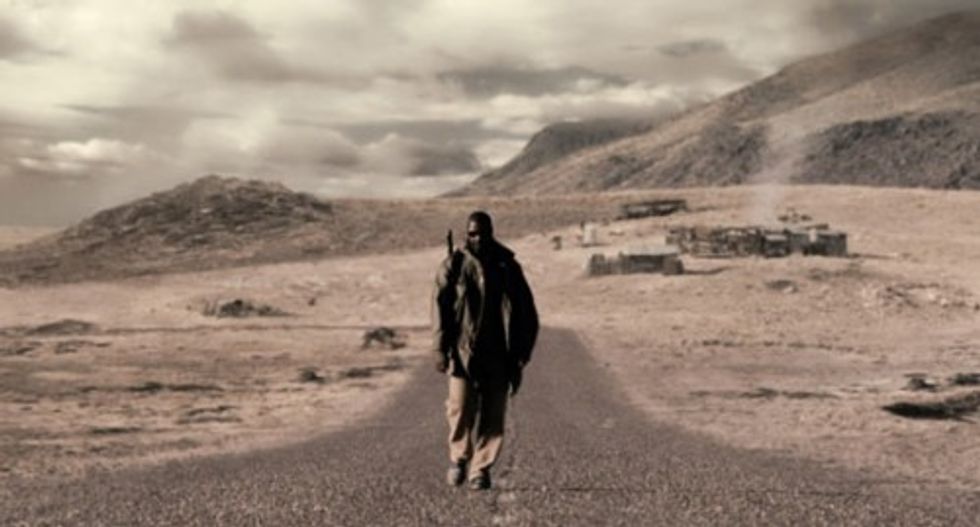 Mayor Tom Hayden of Flower Mound, Texas, made an official announcement Wednesday, issuing a proclamation that 2014 would be theYear Of The Bible, so that the city will be all Bible-y. It is a pretty bold move for a suburban mayor in a Texas town with a ton of churches, but maybe, by golly, it's time for him to stand up and take the risk of saying something that would likely be completely satisfactory to his conservative, affluent constituents, no matter how much praise he might get for his courage in endorsing the religious views of the overwhelming majority. It's good to see a mayor willing to do the easy thing, isn't it?

Even so, Fox4 in Dallas reports that Hayden went ahead only after some trepidation:

"I was nervous about doing this," said Mayor Tom Hayden. "And I've been thinking about it for two years, and procrastinated about if for as long as I possibly could."

Can't you just imagine the sleepless nights, the weeping and fasting, the endless reconsiderations, wondering "Do I dare? and Do I dare?" And yet ultimately, he bravely decided he would disturb the universe, no matter what the consequences, and issued a proclamation almost identical to one made by Ronald Reagan in 1983 -- another bold move, considering Texans' views of Reagan. We wonder -- did Hayden perhaps consider something really avant-garde, like wearing an American flag lapel pin while reading his declaration to the town council? Perhaps he did. Perhaps he did.

The Year of the Bible adds to the Great Communicator's daring endorsement of the Bible a technological wonder, which may also be quite brave: a website with a new Bible verse on it every single day of the year. We're kind of hoping it includes more than just the namby-pamby "love your neighbor" and "don't buttsex" stuff -- if the Mayor really wants some discussion, maybe he could include some of the cool manly parts, like 1 Samuel 15: 2-3:

2. Thus saith the LORD of hosts, I remember that which Amalek did to Israel, how he laid wait for him in the way, when he came up from Egypt.

3. "Thus saith the LORD of hosts ... slay both man and woman, infant and suckling, ox and sheep, camel and ass."

Or maybe if genocide isn't his bag, Hayden could read local schoolchildren the exciting story of Elisha and the bears, where God sent some bears to kill 42 youths for making fun of Elisha's baldness:

Because really, people should definitely know their Bible.