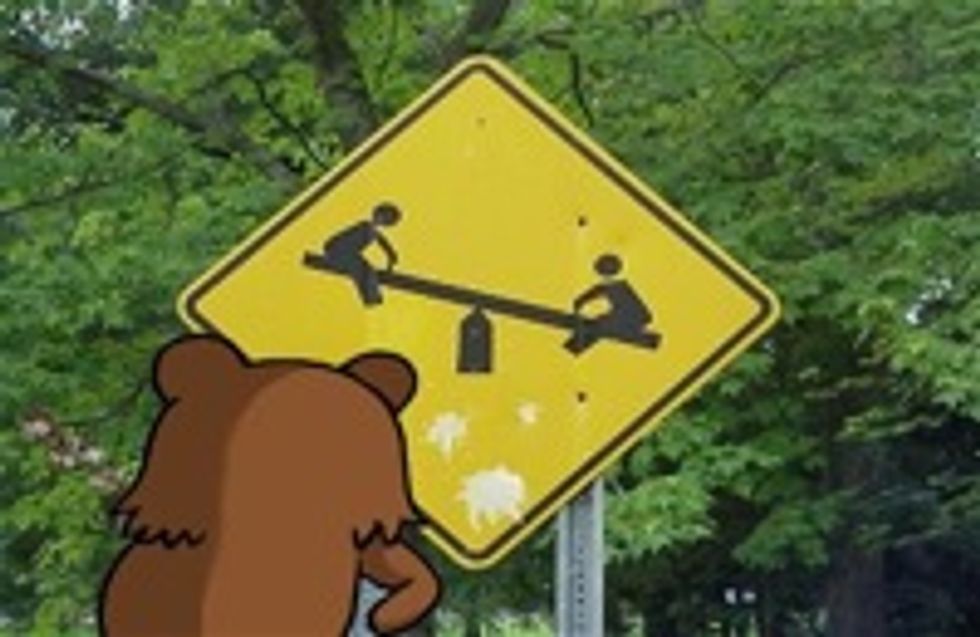 Child molester scandals are not funny, like hooker-diaper scandals, or comically implausible, like the Larry Craig wide stance scandal, and they reveal no particular hypocrisy like the old "Gay-hating Republican hates gays, except when they are sucking their cocks" scandals. Child molester scandals are horrible for the accused and the accuser. (Also, your editor is completely creeped out by commenters who are a little bittoo excited about describing what terrible creative punishments should be visited on child molesters, so you can just nip that one in the bud.) So. A guy who ran the Pueblo, Colorado office of the McCain campaign has been accused, for the second time in a week and the fifth time since 1982, of molesting a child.

There is basically no comedy to be wrung from this, so we will not even try, except for this weird bit of detail: an alleged victim said the accused, Jeffrey Bartleson, was "wearing clothes the same as John McCain." What on earth does that mean? Like, pants and a shirt?

Also the alleged molester volunteered in church groups, a hospital drug rehab unit, and of course in politics, which should make all you civic-minded types reconsider your commitments lest you look like a child predator.