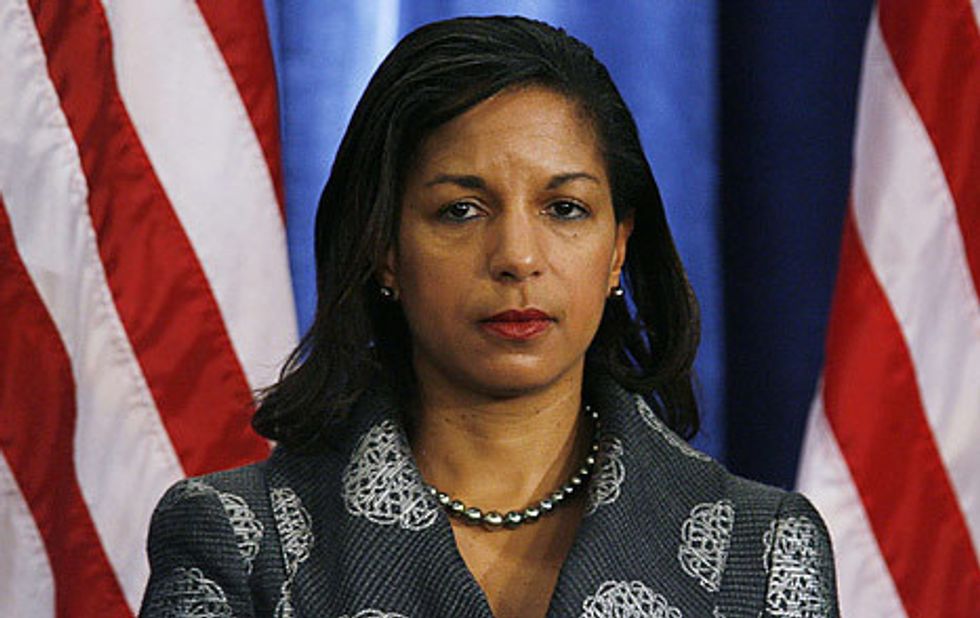 UN Ambassador Susan Rice hasremoved herself from consideration for the position of New Hillz, citing John McCain being a total dick as the reason.

There were plenty of reasons to be sort of FROWNY-FACE-EMOTICON about the possibility of Rice getting the top diplomatic job, mostly centered on murder bullshit in the Congo and some sort of possibly meh Keystone Pipeline nonsense. None of those reasons have anything to do with the utter horseshit spouted by John McCain, Lindsey Graham, or the other one, the new chick, or as McCain probably calls her "WHERE'S THE GIRL."

Obviously now John Kerry will be our new Secretary of State, just as McCain predicted all along.

Damn, John Kerry's gotten a lot better at that.

Also, everybody please welcome back to the Senate Mr. Senator Staple-Crotch. How can we miss him if he won't go away?