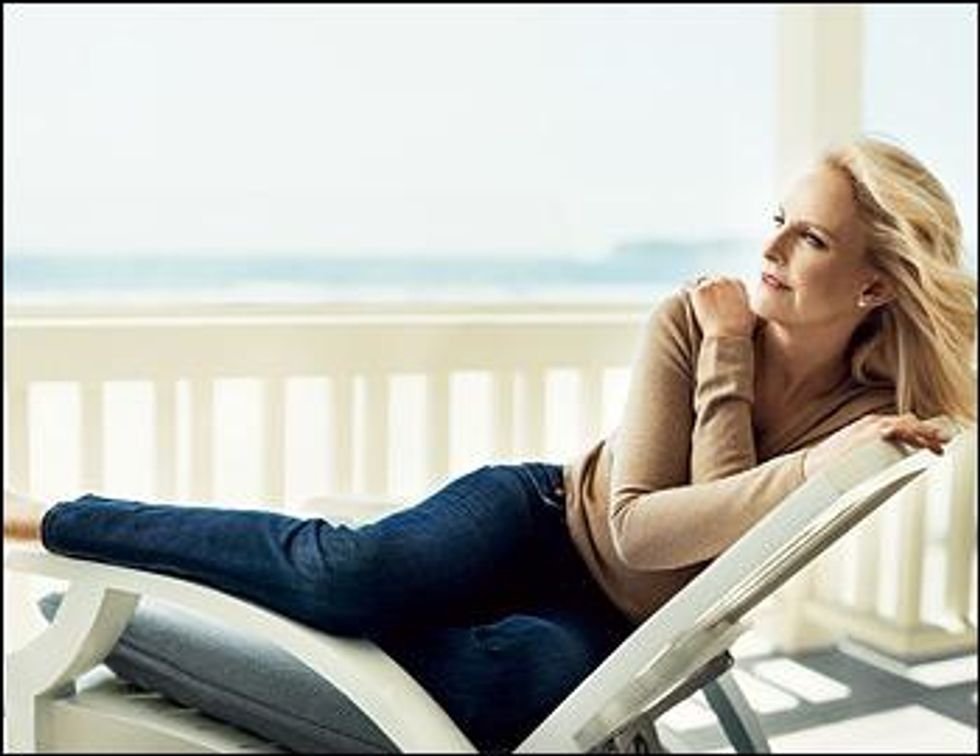 That John McCain really is a "man of the people," which is why he went out to the Sturgis biker rally in South Dakota yesterday to praise the slobs for their slavish dependence on Muslim Arab petroleum. "This is my first time here,” McCain told the crowd of fat, tattooed motorcycle fetishists from the suburbs, “but I recognize that sound. It’s the sound of freedom.” The sound, actually, was just these people revving their foreign-oil powered bikes for no reason at all beyond a childlike delight in destroying everybody else's peace and quiet. Oh, and then McCain offered Cindy to the motorcyclists, in a nod to the old Hells Angels' tradition of letting everybody bang your old lady.

There's a "beauty contest" of sorts held each summer at the Sturgis rally. And it's just the kind of honor you'd want to see your wife achieve, if you're the kind of repulsive old misogynist who calls your wife "trollop" and "cunt."

Indeed, McCain felt so comfortable at the event that he even volunteered his wife for the rally’s traditional beauty pageant, an infamously debauched event that’s been known to feature topless women.

“I encouraged Cindy to compete,” McCain said to cheers. “I told her with a little luck she could be the only woman ever to serve as first lady and Miss Buffalo Chip.”