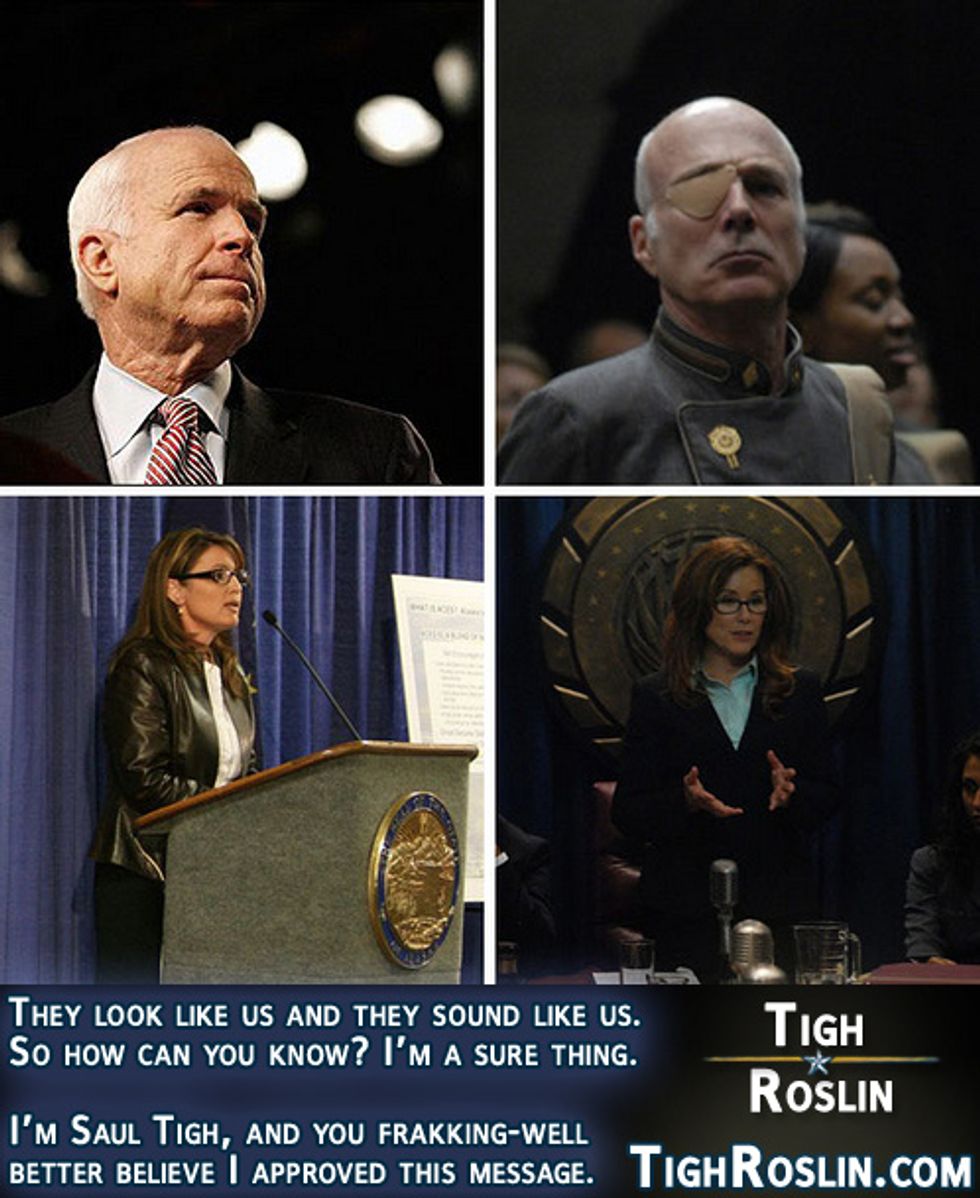 Something sort of familiar about scary old McCain and shrill Mrs. President Palin? Yes, they are the space monsters from teevee's Battlestar Galactica -- the doomed leaders of a spaceship filled with frantic losers running for their lives from the PLANET THEY DESTROYED ... we think. We have not actually watched this show, but we vaguely recall the terrible original version from 1942. You people, in the comments, will very quickly display an encyclopedic knowledge of the show, and how it proves McCain-Palin will destroy our planet, too. [Tigh-Roslin 2008 via Cryptogon]
Ken Layne