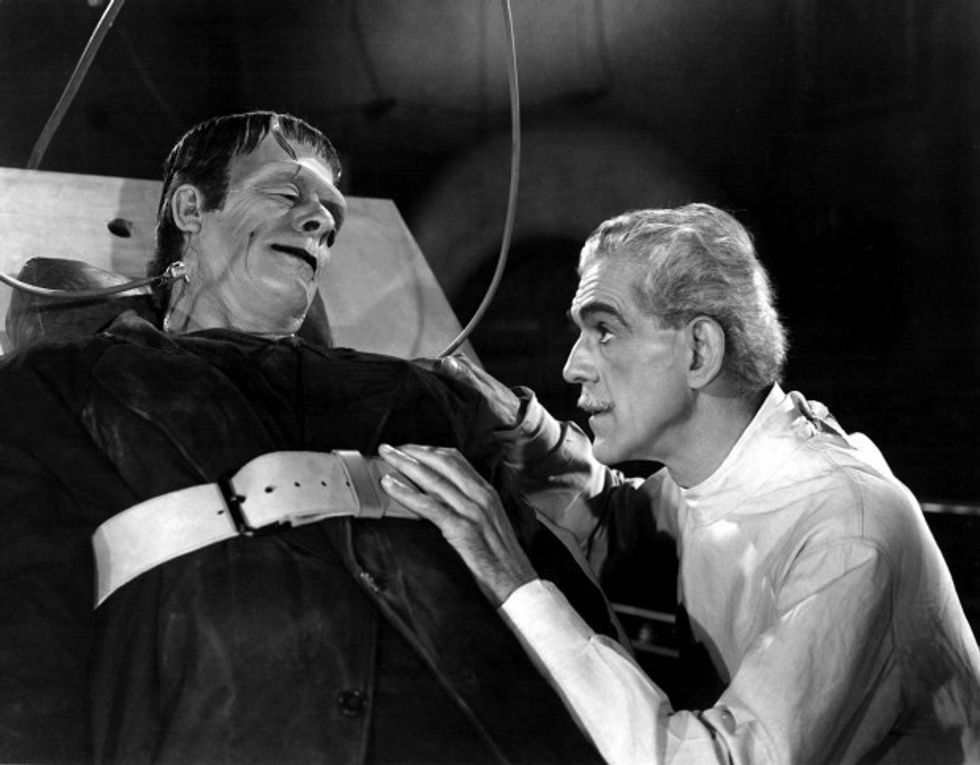 On the Fateful November Tuesday That Shall Not Be Named (the one in 2014, not 2010), Calgary's own Ted Cruz sat down with Wolf Blitzer and was asked if he'd support Mitch McConnell as the next Senate majority leader. Cruz declined to say, as he's done since August, mostly because Ted Cruz is pretty sure you don't even need a majority if you've already got the smartest, bestest Sen. Ted Cruz on the market.

Cruz's non-endorsement is only the latest skirmish in what is shaping up to be an epic dick-measuring contest with McConnell. At this point, McConnell is being universally lauded as a political genius, the man who cynically grasped the American electorate's inability to care about details and turned it into a Republican majority. It would take a man with stones the size of the Canadian Rockies to challenge McConnell's supremacy right now, and that's part of what's going to make this so much fun to watch. WaPo's Greg Sargent explains how Cruz's preemptive broadside against Loretta Lynch will set the scene.

Ted Cruz wants the new GOP Senate majority to go to war against [Lynch] over immigration. He and Senator Mike Lee are insisting that her confirmation vote must wait until the new GOP majority takes over, and are pushing her to reveal her stance on Obama’s expected executive action to defer the deportations of potentially millions of people.

As with everything he does, Cruz's latest move seems calculated to maximize his personal gain while putting his party into a nasty double-bind. Republicans will have to choose whether Cruz's appeal to the Tea Party base is more important to them than their ongoing outreach (ha ha ha) to Latinos. This question comes into sharp relief as 2016 looms, porque los Latinos le gustarían Hillary Clinton.

There are other fault lines for the Cruz-McConnell fight, including the potential for another government shutdown. McConnell promised the Koch brothers a shutdown or two, but then he backtracked and said the opposite. McConnell sees a shutdown as just another political tactic to be eschewed or embraced tactically. Cruz and his supporters, on the other hand, see a shutdown as the GOP finally developing a backbone, an opinion that is far, far out-of-step with the rest of the country.

If shtudowns prove too toxic, Cruz could always dance with the horse whut brung him, namely the full repeal of Obamacare. McConnell has said that there's no way that can happen, and besides, Cruz is just "an army of one," so McConnell can definitely maybe take him. And really, Tea Partiers like Cruz should be more reasonable. Yr Wonket wishes Senator Terrapin the best of luck in tilting at that particular windmill.

Mitch McConnell has been in the Senate since before Ted Cruz could drive, and he's not about to let some Canadian upstart steal his gavel. McConnell's smart enough to recognize the potential utility of having someone like Cruz lobbing weaponized idiocy into the Democratic ranks -- he's just a little worried that Cruz's aim might be off, and that he might knock out a relatively moderate Republican or two in the process.

Cruz, for his part, is the most universally hated man in Congress and shows no signs of launching a charm offensive. Capitol Hill staffers recently named Cruz and his Tea Party sidekick Mike Lee as "Worst at the Ask," which makes us want to be in these leadership meetings more than anything. Yes, Wonkeroos, the next two years appear to be nothing but gridlock. But if we're lucky, it'll be the kind of gridlock we can laugh at.