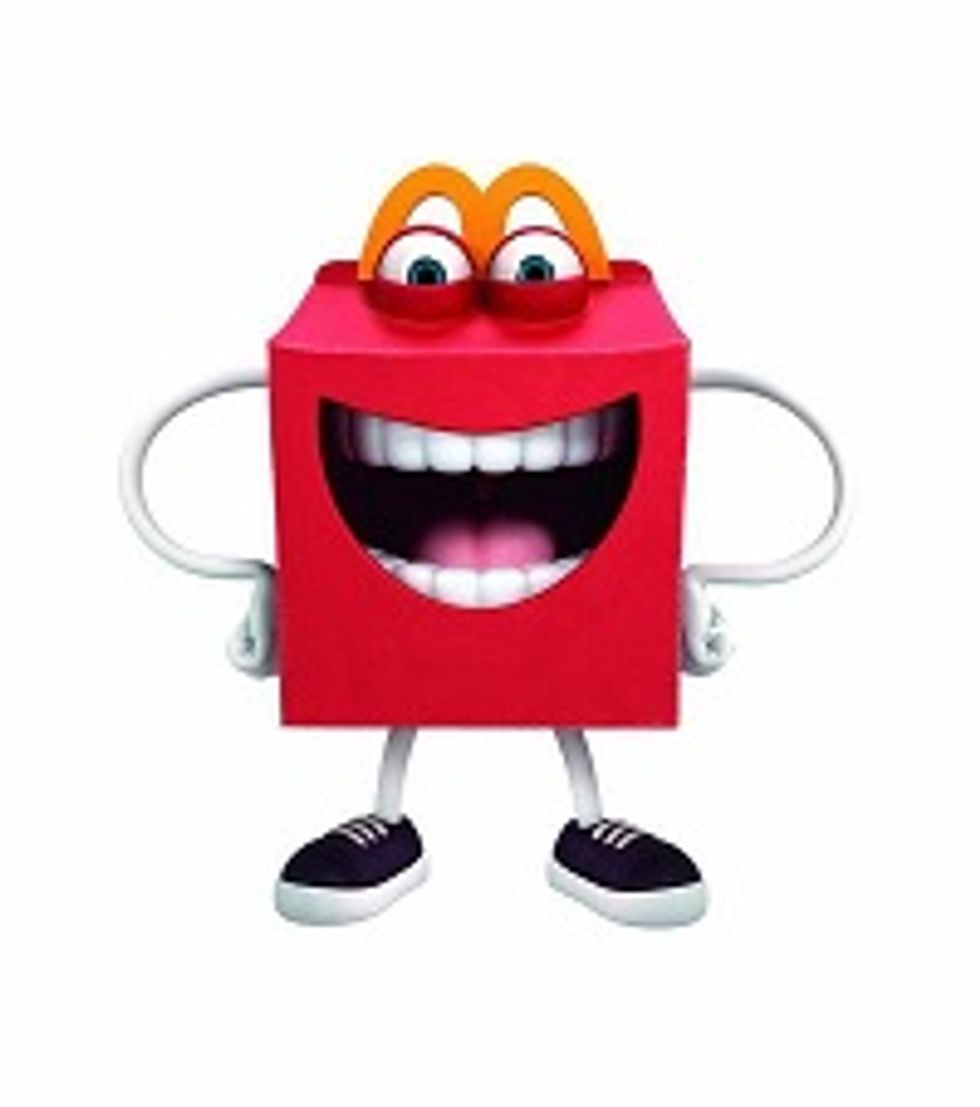 Corporate behemoth McDonald’s, which owes its multinational status to a funny-looking clown convincing sentient humans to shove billions of cardiac time bombs down their gullets, has come under fire in recent years as people have finally awakened to just how ruthlessly and shabbily it has stepped all over the workers that make up the company’s lifeblood as it has accumulated zillions of dollars in value. Just last week a crowd of 2,000 protestorsshowed up at the company’s suburban Chicago headquarters to demand, among other things, higher wages and the right to unionize. Over 100 of them were arrested and the company had to temporarily close down a building on its campus. Damned ungrateful workers, just sell your spare kidneys to make ends meet and go away already!

Meanwhile, your corporate overlords will be doing this.

Between 2014 and 2016 the fast food behemoth plans to return $18 billion to $20 billion to investors through a combination of quarterly dividends and share repurchases. This, the company said, represents a 10% to 20% increase compared to the prior three year period […]

“The actions we are taking to enhance long-term shareholder value fit squarely within our proven business model,” said Chief Financial Officer Pete Bensen in a statement. “Our 3-year cash return target is based on several activities including the significant free cash flow generated from our operations.

Wow, you have a spare $18 to $20 billion you can return to your investors! We don’t suppose you could set a few million aside to pay your employees a living wage so that the rest of us taxpayers won’t get dinged with the bill when they have to apply for food stamps because they are trying to raise their children on $8.25 an hour and whatever grease-soaked French fries are left over at the end of the day that they can take home with them?

HAHAHAHA, don’t be ridiculose, Wonkette! Those mooching employees will just have to pull themselves up by their McDonald’s uniform socks and get a second job, or just stop being poor! That will solve everything!

We must be eternal optimists because we keep hoping that at some point this rapacious polluter of humanity’s digestive tract will feel even a smidgen of an ounce of shame that its employees earn so little at their full-time jobs slinging Big Macs that they must supplement their incomes with government benefits, which the government pays for by borrowing money from China because McDonald’s pays an army of accountants to help it reduce its tax burden to as close to zero as it can get. To say nothing of the low personal tax rates paid by its wealthy executives, thanks to the useful idiots in our Congress who are convinced that returning those rates to the levels of the 1990s is a first step on the road to Zombie Stalin conquering the United States with his legions of undead Cossacks and enslaving us all under the boot heel of collectivization.

Of course, wingnuts will read this and accuse us of being communists. To which we say, no dudes, we’re just not assholes.