Mean Jerk Joe Biden Didn't Send Aide A Thank-You Note Until He Asked, And Other Halloween Tales Of Horror 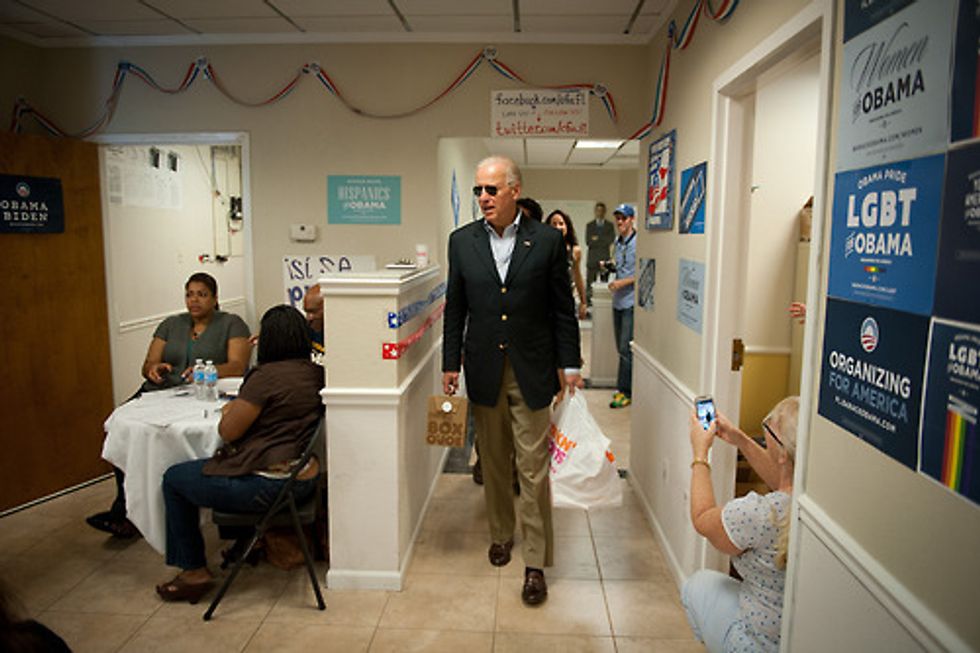 Sorry, old ladies, but Old Handsome Joe Biden may be old and he may be handsome, but he is NOT the world's greatest lover of all humanity (especially old ladies) that you think he is! Once, he didn't even send one of his aides, this swell fellow Jeff Connaughton, a thank-you note for fundraising for him until Connaughton "dropped a hint that he wanted one." And another time, Connaughton became a lobbyist, and Joe Biden never "lifted a finger" to help the newly minted lobbyist's clients! There is a whole book what has been wrote on these terrible slights that Mean Jerk Joe Biden did to this incredibly loyal fellow, and Politico has written about it, and we have copy and pasted the "good bits" (the ENRAGING bits!!!) of Joe Biden's Mean Jerkness. Be prepared to put away your love for Joe Biden as with all other childish things, because you will be shaking your head at the man's cold ambition and coldness and refusal to help lobbyists. Like, what is the world EVEN COMING TO?

You guys, not only did Mean Jerk Joe Biden not send dude a thank you note until dude dropped a hint that he wanted one, but he also treated young aides poorly!

He tells of raising money for the senator and getting little in the way of appreciation – not even a thank-you note until he dropped a hint he wanted one – and of Biden treating young aides poorly.

“Later in the campaign, a twenty-three-year-old fundraising staffer got into a car with Biden with a list of names and phone numbers: ‘Okay, Senator, time to do some fundraising calls,’” Connaughton writes. “Biden looked at him and said, ‘Get the f**k out of the car.’”

Hahaha, we wish we had been a 23-year-old who was like "Okay, Senator, time to do some fundraising calls"! Because that would mean we were a 23-year-old with some BRASS (brass testicles. That is what "brass" means, in case you didn't know why everyone laughed when Bill Clinton said it about Punk Ryan).

“His ambitions, I was coming to understand, were mainly about himself,” writes the former staffer.

Connaughton did wind up landing the White House job and ultimately made his way along the well-trod path to K Street, joining Covington & Burling and wasn’t disappointed enough in Biden to not use the senator to his benefit.

“In my new career as a lobbyist, I dropped Biden’s name shamelessly,” writes Connaughton. “Perpetuating the myth that I was close to him enhanced my cachet and standing in Washington. It was like a political version of codependency.

"Co-" is the operative prefix, and it does not sound as if Biden were "co-" dependent back. The word you are likely looking for is "parasitism."

Biden’s slights could be painful, but it seemed too late to break ranks, even though the relationship never actually helped me when I went to work with [Washington lawyer-lobbyist] Jack [Quinn]. Biden never lifted a finger for me or for one of my clients.”

Connaughton briefly returned to Bidenworld in the days after the 2008 election, but quickly had to resign his position as chair of the vice-president’s inaugural committee because of the new administration’s tough rules on lobbyists.

“It didn’t seem fair,” he writes. “Biden had never helped me once as a lobbyist, yet I was paying the price.”

Is there more? Yes. There is more, and it is about what a loyal fellow dude is, and the tragedy of the world.

Connaughton recounts the conversation he had with his father upon quitting the political game.

“ ‘I can’t believe after all those years of blood and sweat for Biden he never even gave you a crumb,’ ” he writes of his dad’s reaction. “I didn’t even know how to put any context around that for him, it’s just too complicated. I’d learned the hard way: loyalty for loyalty’s sake is a fraud. I was guilty.”