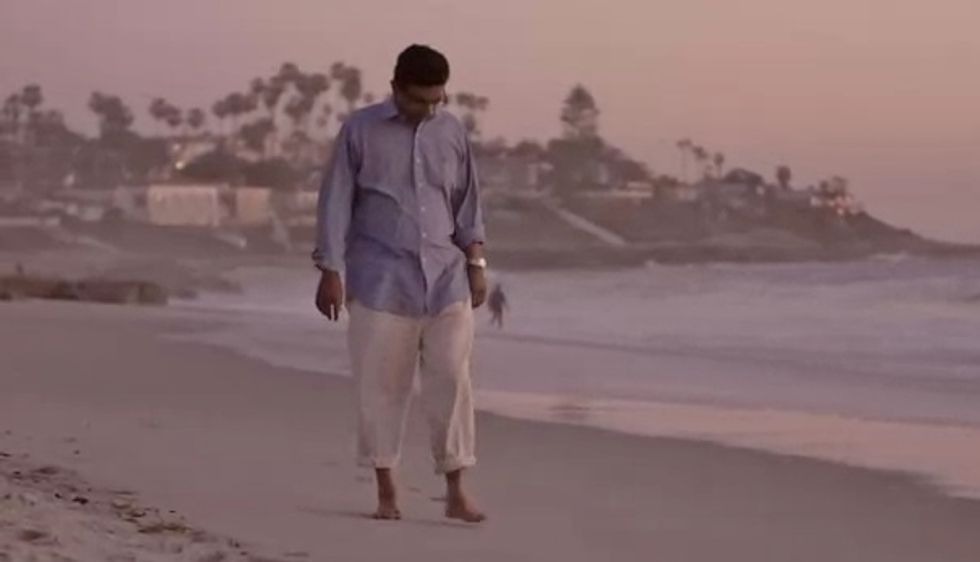 Dinesh D'Souza -- felon, adulterer, racist, and so of course, also conservative hero -- is being SILENCED! and OPPRESSED! once more. Not by President Ghetto this time, at least not directly, but by judicial activist Richard Berman:

A federal judge smacked down conservative scribe Dinesh D’Souza Tuesday — for trying to take the summer off from his court-mandated community service. [...]

“With respect to [his parole officer’s] request that Mr. D’Souza’s community service hours be ‘waived’ from June 1, 2015 until July 13, 2015, the request is respectfully denied,” Berman wrote.

“The short explanation is, as all criminal defendants are aware, that we don’t provide ‘summer breaks’ in these circumstances.”

D'Souza, you may recall, is currently being held captive as a political prisoner at a "community confinement center" in San Diego, which is sort of like prison except you can do appearances on Fox News -- by Skype, of course, not in person, because "confinement" -- and make cool videos and do photo shoots at the beach:

Prison life sure seems rough, don't it? Which we guess is why D'Souza thinks he's entitled to a break, because if the kids he's community servicing at a Catholic high school in San Diego, as part of his sentence for pleading guilty to a felony, get to have summer vacation, shouldn't he too? Nope, not according to the judge, who was not persuaded by the inclusion of the Vanity Fair profile on D'Souza -- in which he claimed his "political work" (violating federal elections law) is an "act of gratitude" (felony) even though he's "had the experience of 'The Empire Strikes Back'" what with being unfairly jailed even though he's not one of "the really big criminals" (oh, shut the eff UP, D'Felon, you prick).

“With respect to the Vanity Fair article, the court has no immediate reaction other than the article suggests several fertile areas of discussion during Mr. D’Souza’s required therapeutic counseling,” wrote Berman.

In layperson terms, the court denies Mr. D'Souza's request and recommends that he get some fucking help. Christ, what an asshole.

So D'Souza does not get time off from doing his time because he committed a crime, and yeah, he's still an insufferable piece of moldy dog poo. Judge Berman, on the other hand, who has got to be sick of D'Souza's petulant whining by now, is our new judicial crush, and we'd like to invite him to come write some sick burns here, at Wonkette, any time.