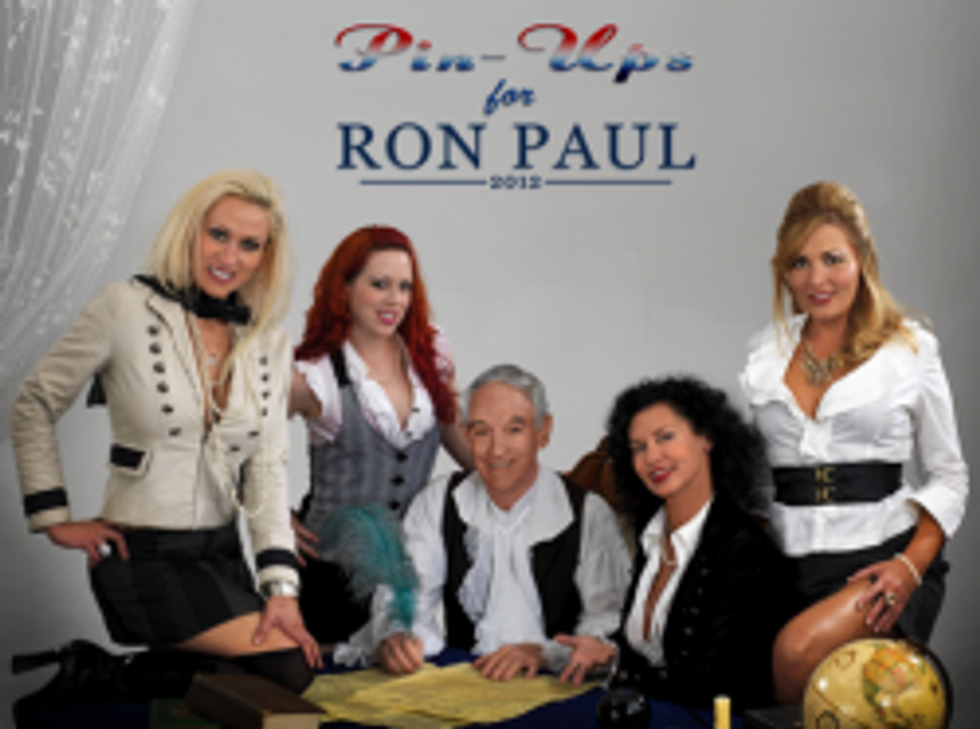 Remember how Ron Paul has been shuffling around complaining, for decades, about the newz media always ignoring his presidential campaigns to death? Those were the days! Now he is complaining that they are MOBBING his campaign, also to death, because of an actual mob of journalists who chased after him into a New Hampshire diner and then victoriously announced they had him surrounded, to prevent him from hanging out with voters, or something. Why can't they just be obsessively attentive in peace?

“Guys, you’ve got to take it easy,” shouted one Paul staffer, imploring the media to give the congressman some space.

“Ron Paul: We have you surrounded. We are the media,” sounded the voice from a megaphone as Paul staffers ushered him into a waiting SUV, just minutes after he arrived at the restaurant.

So who was the cocky goon with the megaphone, probably Wolf Blitzer?

Holding the megaphone was a man dressed roughly as a wizard, with shaggy hair and tousled beard, wearing a massive black boot upside down on his head.

(UPDATE: Just kidding, maybe? The screaming wizard might also be real American hero and presidential candidate Vermin Supreme, who will be leading in the polls next week. SAME DIFFERENCE.)

Anyway, then some dingbat from CNN asked Ron Paul in an interview afterward why he loathes New Hampshire voters so much that his hatred would cause him (?) to flee a suffocating crush of reporters, to which Paul responded by wandering away in disgust:

Hooray, so that happened! Ron Paul also reiterated his pledges to dismantle the Department of Education and to withdraw the U.S. from the United Nations today, but... meh. [The Hill/ The Caucus blog]