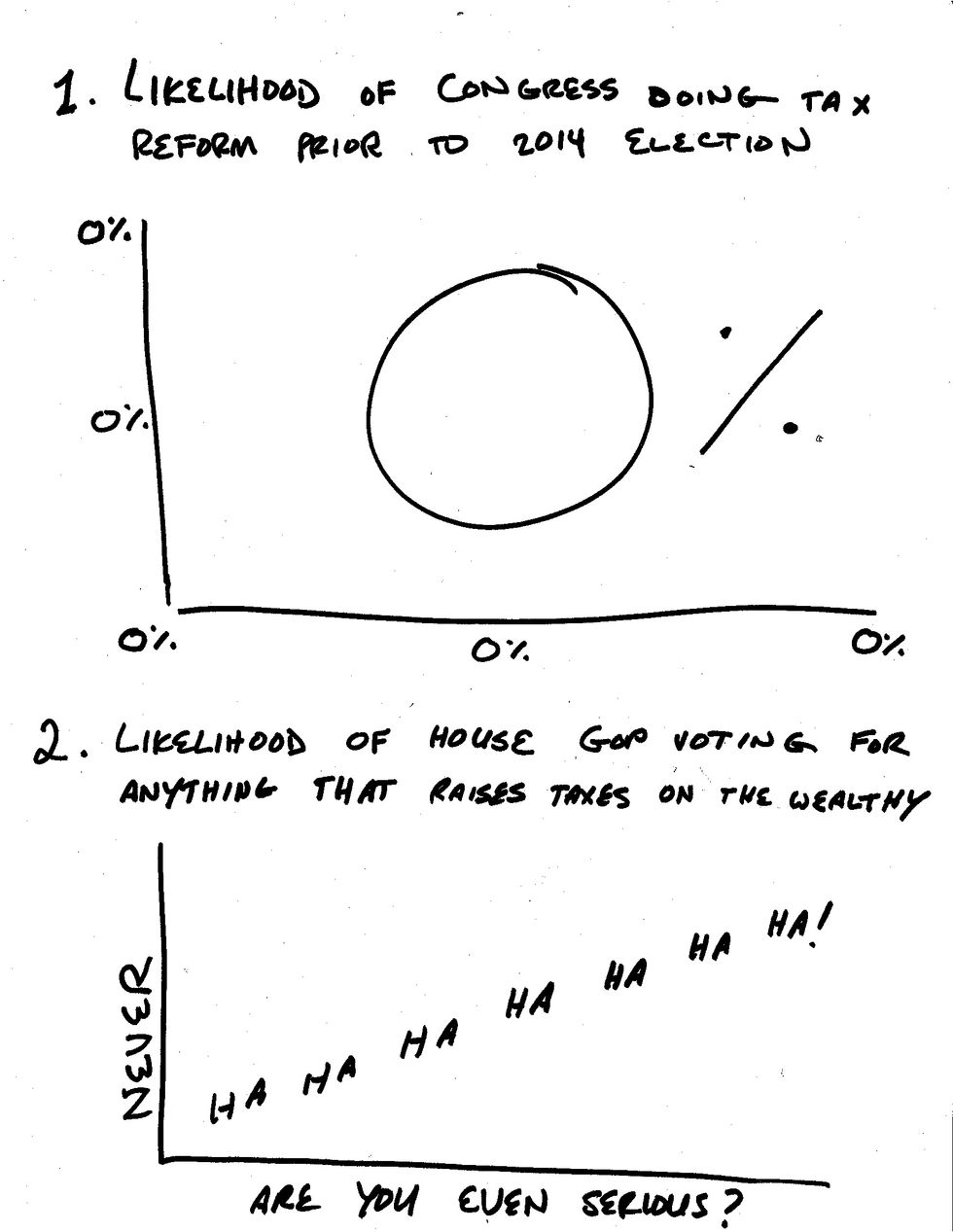 Rep. Dave Camp (R-Mich.) has proposed a tax reform plan that, on its face, is not an insult to math and human decency. Therefore he gets a simple (R-Mich.) next to his name here instead of the usual (R-dickflicker) thing we do because he is acting like a grown-up legislator statesman instead of a cruel and blustery coward, as members of his party have been known to do, let's say "frequently."

The upshot of the plan is that it lowers or maintains current income tax rates, but it's also revenue neutral thanks to the elimination of loopholes. Eliminate loopholes? What a novel idea! If only Obama were capable of this kind of out-of-the-box thinking.

Even improbable Wonkette success story Alex Pareene is impressed by the plausibility of Camp's proposal. Of course, he goes on to note that it's going precisely nowhere:

So, obviously, it is already dead. Senate Minority Leader Mitch McConnell killed it before it was even released.Because it was a perfect example of something that “everyone” wants that important people actually don’t want at all.

Fine, but what else are we supposed to be talking about on websites that cover national politics? "Congress did nothing at all of substance today, as expected. Rand Paul said something unintelligible about gun freedom, Eric Cantor began molting his winter skinsuit, and Harry Reid is having a weird recurring dream about horses, but the horses are also kind of like fish, and kind of like robots." Whoops, see, national politics is so boring right now that we had to liven it up with our strange lies.

Wonkblog has "four simple charts" to help you understand the proposal, but really you only need two:

This is the important political news of the moment: A doomed tax plan that might someday be used as a Trojan horse for more tax cuts for the rich. Can someone please gay-seduce another conservative Congressperson already? This has been a hell of a drought, hasn't it?

Following Alex on Twitter is tax deductible to the full extent of the law.