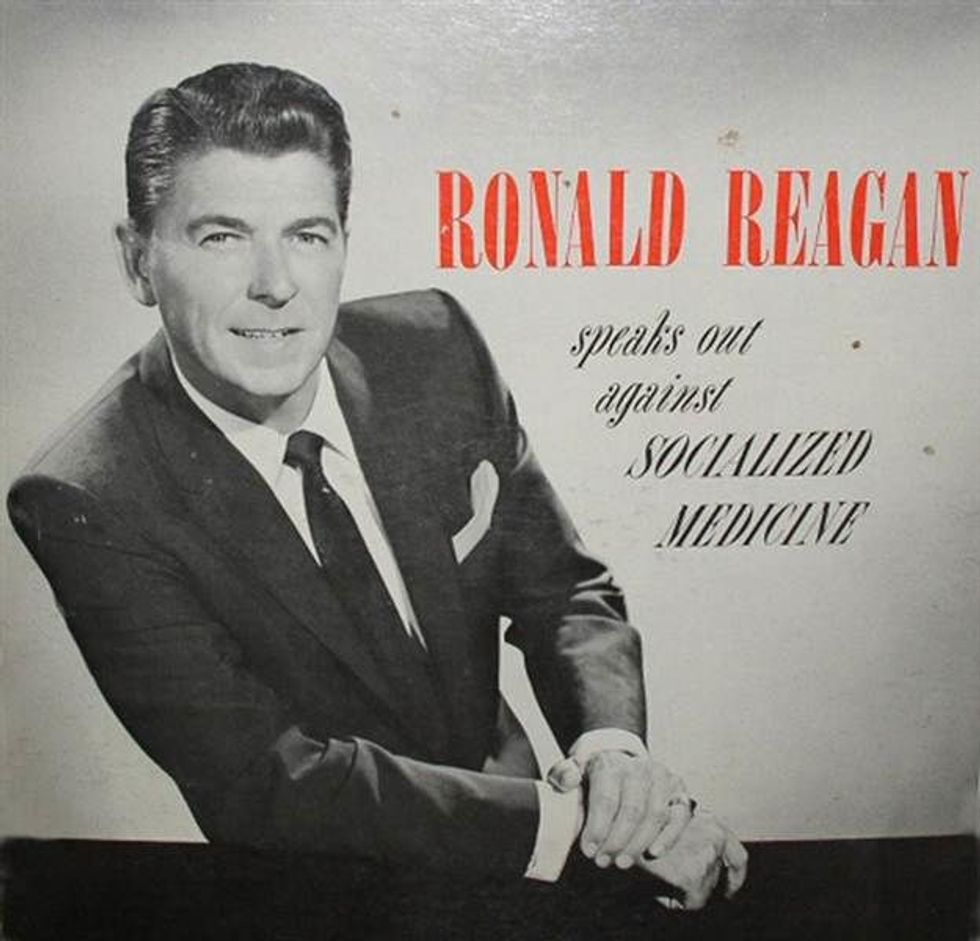 Today's a special birthday! Fifty years ago today, Medicare and Medicaid were signed into law by that notorious communist, Lyndon Johnson. As a special treat, here's Ronald Reagan telling us in 1961 that Medicare would inevitably lead to a socialist takeover of America, and by golly, he was right! Here we are, 50 years later, living under the thumb of a communist dictatorship, as oppressed Americans demand the government keep its filthy hands off their Medicare. Have any of you Olds taken the time to tell your children about how nice America was in 1965, when men were still free?

Also worth a listen is this story from NPR Thursday on how Medicare advanced the Civil Rights movement, since segregated hospitals couldn't receive a penny of Medicare funding.

The parallels are astonishing. Did you know that Obamacare has a secret clause that doesn't allow doctors to hang Confederate flags in their offices? We read it on the internet somewhere.