Meet All Of Obama's Secret Friends And Playdates! 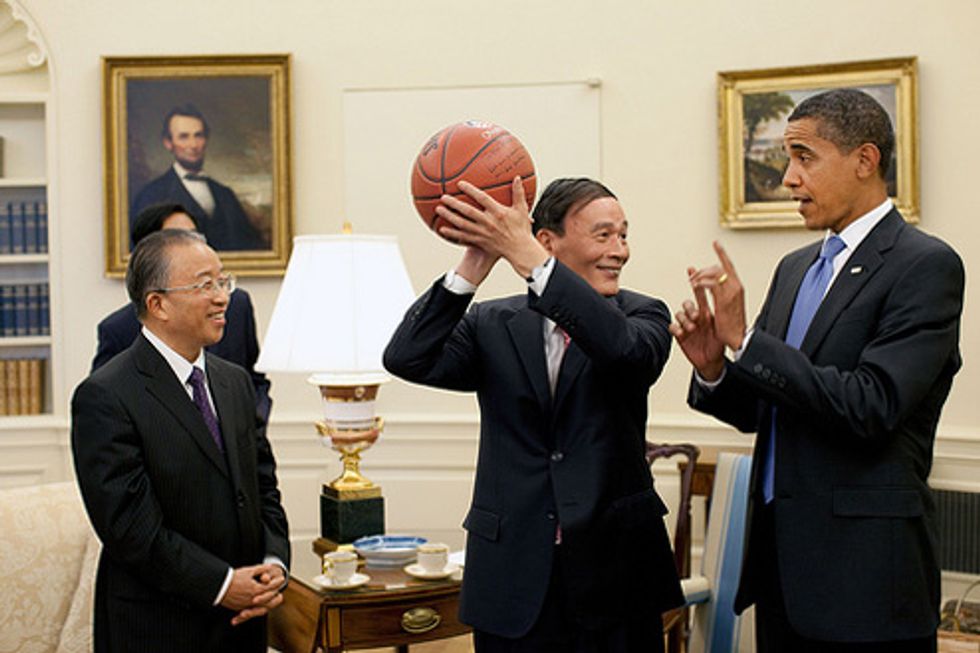 Awhile ago Barack Obama decided he was going to be America's first Transparent President. This was fine because of how benign it was, for him to claim that. Like, sure! Anyway, then in June, things became ILLEGALLY OPAQUE when Obamaannounced that he, like Bush, would not be releasing the White House visitor log. Citizens for Responsibility and Ethics in Washington didn't think this deliberate withholding of information was so transparent at all actually, so they sued Obama, demanding he better start living up to the "Most Transparent" superlative that was awarded to him in good faith by the all the seniors on yearbook committee. Of course CREW did not win its lawsuit (obviously), but now Obama is releasing the White House visitors' logs anyway.

"The new policy would begin in mid-September. Electronic visitor logs maintained by the Secret Service would be released three to four months after visits are made. The disclosure would include who set up the meeting, where it was held and for how long. Specific requests for visits before Sept. 15 would be dealt with individually.

Exceptions would be made in cases of national security, extreme confidentiality — such as a visit by a future Supreme Court nominee — and strictly personal visits to the first family, including daughters Malia and Sasha."