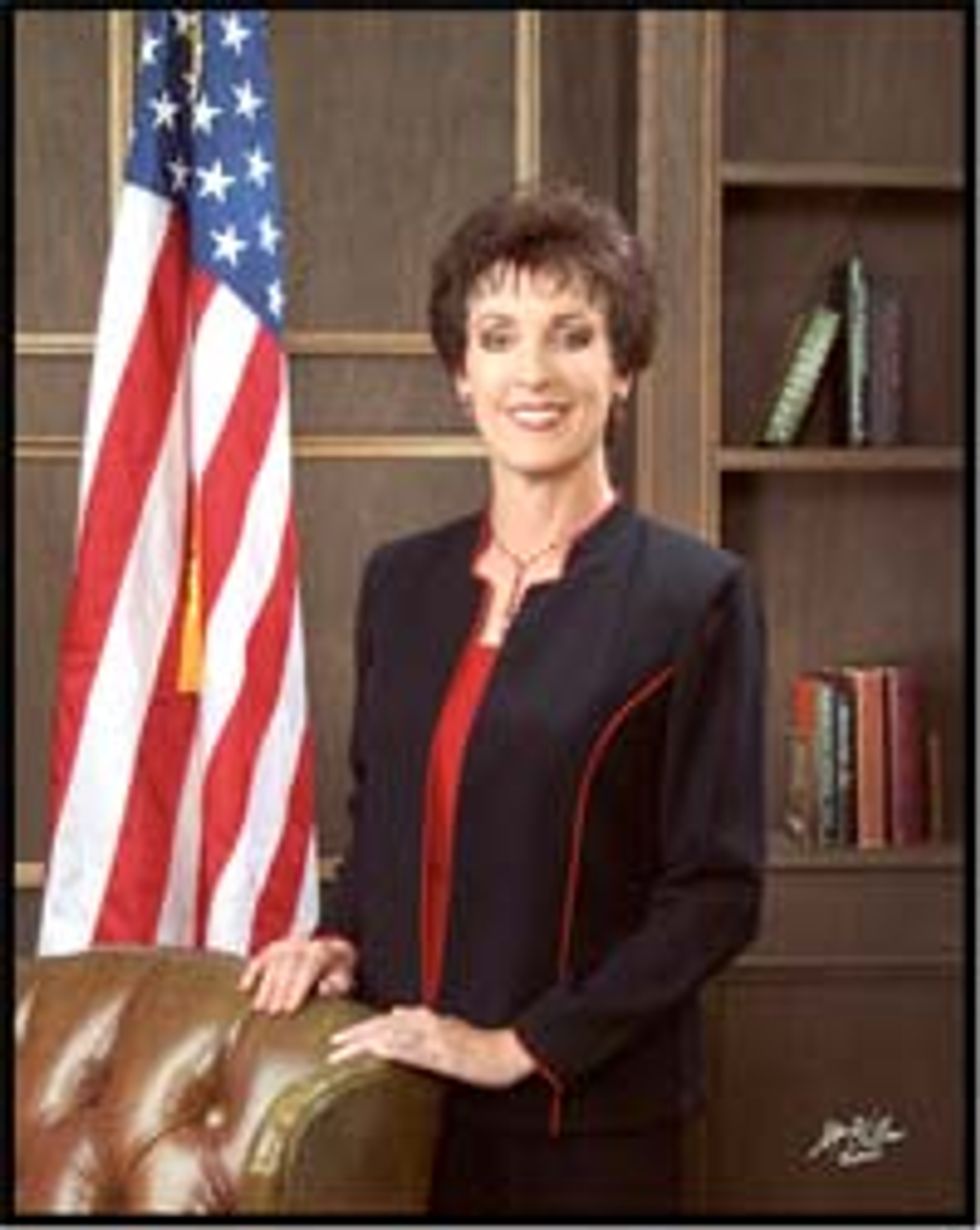 The year A.D. 2010 will surely go down in the history book-blogs as the Year of the Exotic Candidate, when a survey of the American voting landscape became something akin to taking a glorious safari tour through a parallel universe or maybe a different galaxy. Our latest unusual specimen is Kansas gubernatorial candidateJoan Heffington, who runs a nonprofit listing GOD as a board member. Let's learn more!

The Topeka Capital-Journal reports that they called up Heffington -- who is running against Sam Brownback in the Republican primary -- and she allegedly told them these interesting things:

Heffington is a former Boeing employee and homebuilder from around Wichita. She uses lots of little crosses on her campaign materials, because GOD the Board Member told her to be consistent in her branding and design. Her running mate is a pastor who used his church's billboard thingy to inform "America" that it has a muslin president, which makes GOD angry. When she becomes governor, she will "require that a Biblical and Constitutional reason exist for the passage of any new laws."

Joan Heffington is what Thomas Frank was talking about, when he wrote that bookDamn, Kansas -- You're Sooo Fucked Up. [Joan Heffington/Topeka Capital Journal/The Post Chronicle]