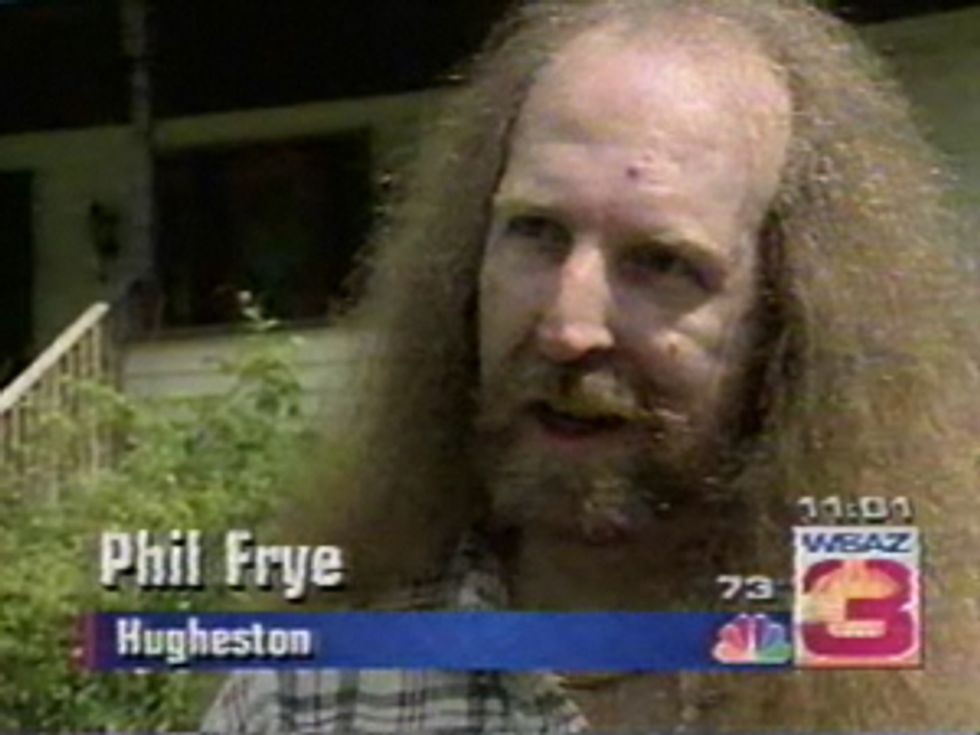 A couple of weeks ago the McCain campaign launched"Citizens for McCain," an initiative headed by anarchist Sen. Joe Lieberman and designed to woo disenchanted Democrats towards WALNUTS! Let's put that in better perspective: a Democratic-caucusing Senator and former Democratic vice presidential candidate is literally leading the effort to bleed the Democratic party to death. But Grampa Joe is not alone! Over the weekend, the McCain campaign released a list of 30 "prominent Democratic and unaffiliated leaders and activists who have joined 'Citizens for McCain.'" One of the Important Leaders on the list is "Former Democratic gubernatorial candidate Philip Frye (West Virginia)." It turns out that this "Philip" -- pictured here -- prefers "Icky" over his Christian name, and ran for governor of West Virginia as a Democrat, as a stunt, to piss off Governor Bob Wise, who was sleeping with his wife. Joe Lieberman should just quit now, because he won't find any Democratic leaders more Prominent than this guy.

Frye's so prominent, in fact, that the Daily Show traveled to West Virginia to mock him in 2003:

As you can see, Frye doesn't go bragging about his high ranking within the Democratic party. He's charmingly modest, such as when he tells the Daily Show, "I'm not qualified to run our great state, or have any hopes whatsoever of winning an election." What a peach!

The nosy Charleston Gazetteasked the McCain campaign to comment about Frye's inclusion on this list, as if Frye's one-time campaign "to be a sheer nuisance to Bob Wise" for fucking his wife wasn't good enough for Prominent status:

Jeff Sadoski, a spokesman for the national McCain campaign, said Monday, "This is a list of people who are known in different states, as Democrats or independents. They include elected officers and leaders in the Democratic Party. They were prominent Democrats."

Sadowski said Frye was "someone who has run statewide as a Democrat."

Asked how the McCain campaign chose people to put on the list of "prominent" supporters, Sadowski said, "We did research. We reviewed them."

According to hearsay, Lieberman is now hard at work recruiting Ed Hale for an official position, as some sort of blockbuster follow-up to Frye.