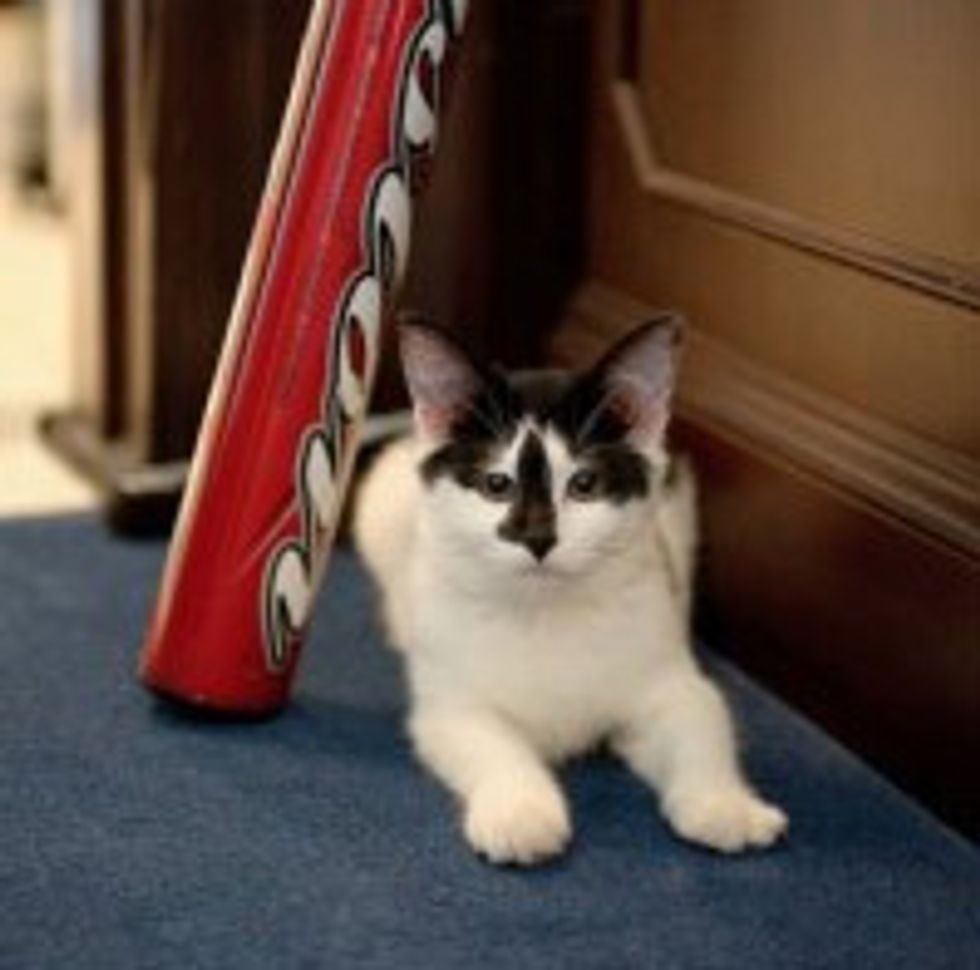 A heroic staffer for Massachusetts model-senator Scott Brown recently saved this nice little cat from a harsh, lonely existence on the wild streets of Washington and brought her to Brown's office. The feline polled well with Team Brown and subsequently acquired a new name: the distinctive "Lucky, a.k.a. 'Longshot'" -- as well as a new job, it seems!

Lucky has officially become "part of the team," Brown states on his Facebook page, which suggests that she is now working for him (and against the Tea Party). She does seem to know how to read, which puts her above most Republicans in the talent pool; maybe she'll be good at opposition research. Brown should also consider letting her handle incoming calls placed by irate Massachusetts Teabagger-voters who just want to shout "socialist traitor" over and over again, to relieve his "human employees" of that burden.

Some of Brown's fans applaud his bleeding-heart liberal acceptance of Lucky and her transient lifestyle, posting comments to his specially designated "Lucky the Cat" photo album:

The majority of the comments are from ladies, too. This is because a) Brown is the Justin Beiber of the Senate; and b) women become very emotional about animals, for it is our nature to nurture.

Brown had better not get too carried away with the cat adoptions, though: The Senate already has an official Cat Lady in Tom Coburn, and she turns vicious if someone tries to challenge her authority. Also, is it even legal to keep a cat in the Senate office buildings? Seems like it would break some sort of hygiene or etiquette rule. Informed Wonketteers with Capitol Hill experience, enlighten us via the comments section, a.k.a., "The Litter Box."