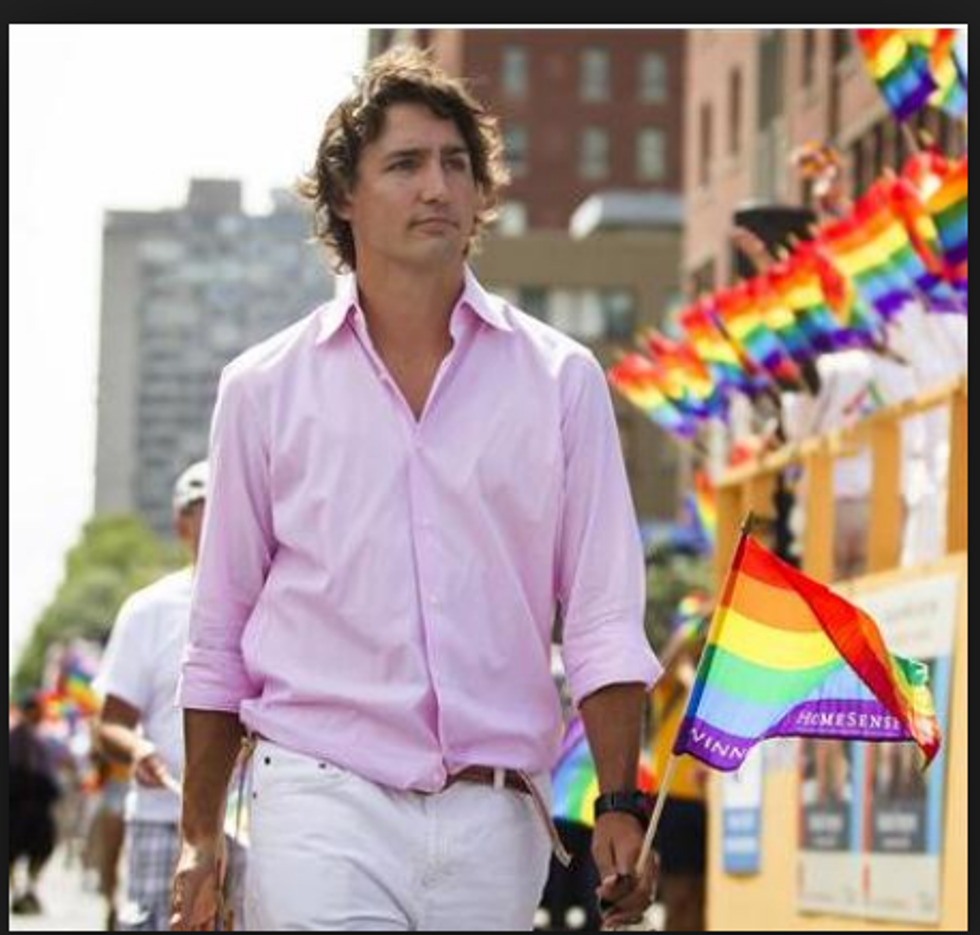 Faithful commenter Fuflans asks, "can't we have something pretty this morning on our Wonket?" Why yes we can. HELLOOOO JUSTIN TRUDEAU.

Justin Trudeau is the new leader of the "Canadian Liberal Party," which is a thing that we do not know what it means. Here is his twitter, which we will now follow because YOWZA.

Justin Trudeau is 41 years old, married to a lady (despite being so handsome, which of course leads us to assume that he is super-duper gay), and is the son of the former Canadian prime minister Garry Trudeau. He has children named Xavier and Ella-Grace because of how those are awesome names. He likes long walks on the beach, pina coladas, and cradling us gently in his strong, manly arms.

Also, here he is in mandals, because he is just that comfortable with him.

Aaaaaand this one. We just we can't even.

Anyway, you have a new Canadian boyfriend, and for once he actually exists. How are you going to choose between him and Kelvin Atkinson, the State Senator You'd Like to Gay Fuck? Well, that probably depends on if you are a man or a lady, a straight or a ghey. And if you are all of the above, then you are a lucky bitch.

Now everyone say thank you to Fuflans, and ask her to send some more please.