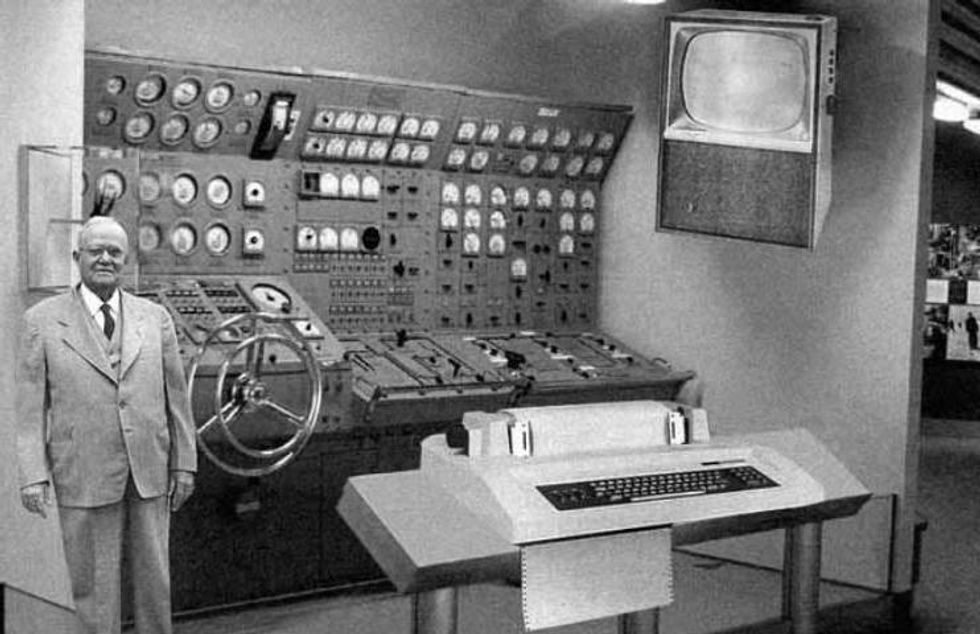 Hey, remember when theystole Ohio? Hahaha, yeah, good times. (Here is a quick story explainering the bizarre discrepancies between exit polls, which showed John Kerry winning handily, and the tabulated results, which flipped that. It has the special bonus of world's greatest pollster Dick Morris musing that since exit polls are like never wrong, and are used in Third World countries to determine if an election's been thieved, Occam's Razor insists that the easiest answer is not that the machines were hacked, but that the liberal media fixed ... the exit polls. To dissuade Bush voters from coming out. A man of fierce intellect, most certainly.) Right, so! It is time to meet your new Diebold machines, from H.I.G., a company of fine fellows who to the man have donated to Mitt Romney, and a full third of whose board of directors come from Bain? Oh yeah, them.

From The Daily Dolt:

Hart InterCivic is a national provider of election voting systems that are used in swing-states Ohio and Colorado, as well as in states we don’t really care about so much because we already know how they’ll turn out (e.g., Texas, Oklahoma, and Hawaii). Private equity firm H.I.G. Capital, LLC bought out a “significant” portion of Hart in July of 2011, and now the majority of Hart’s board directors are employees of H.I.G. (It’s not entirely clear how much of the voting machine company H.I.G. owns, but the financial advisors responsible for the transaction state that “Hart Intercivic was acquired by HIG Capital.”)

The Daily Dolt goes on to provide helpful links to all H.I.G.'s board of directors, helpfully pointing out which are former Bain employees and which are current Romney bundlers. (All of them, Katie.) So we're not saying H.I.G. is going to steal Colorado for good old Miffed Romney. We're just saying what the fuck was wrong with paper ballots?