Meg Whitman Now Hoping To Piss Away $$$ By Losing To Feinstein 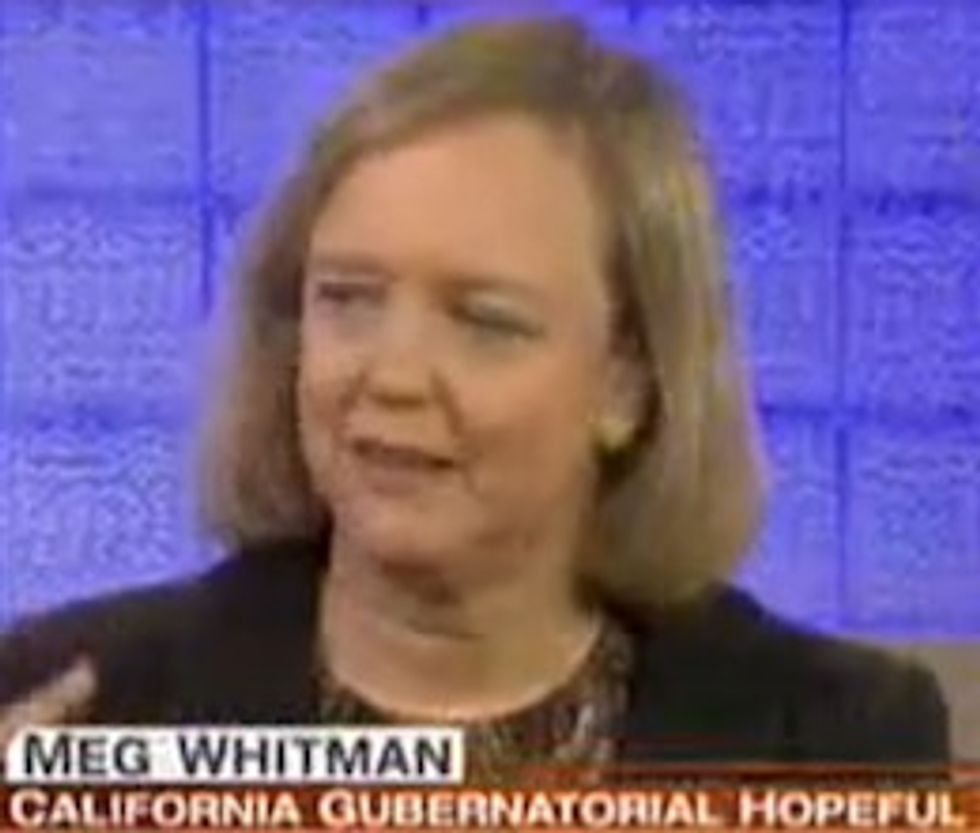 Remember Meg Whitman, the poor little rich girl who got savagely trounced when Jerry Brown came out of his meditative trance one day, late in the election year, and said, "Oh yeah, I used to be California's governor. I will be that again," and then he destroyed her? Do you also remember that Meg Whitman had never evenvoted before, and her one and only "qualification" for office was spending enough of her millions to keep California's television and radio advertising departments fully staffed while actually driving everyone else insane with her dumb ads and stupid face? Well, Meg's planning a "comeback," which is usually a word we reserve for people who have actually succeeded at something, earlier.

"Sources say Whitman in the last months has sought a detailed explanation regarding what went wrong in her resounding defeat by Brown... As one of America's wealthiest women, several in the know suggest she aims to emerge again with a message and a profile on the California politics scene. And fairly soon."

Uh, yeah? And how will she piss away hundreds of millions of dollars next time? Political Wire says she wants to run against the very popular/never defeated Dianne Feinstein .... because in California in 2012 when there's maximum turnout to re-elect Obama, some loser pretending to be a Republican challenger to the Democratic incumbent in the Senate is going to do really well. [Political Wire/SF Gate]