Megan McCain Wants to Know if Her Party Will Betray God, Acknowledge Existence of Climate Change 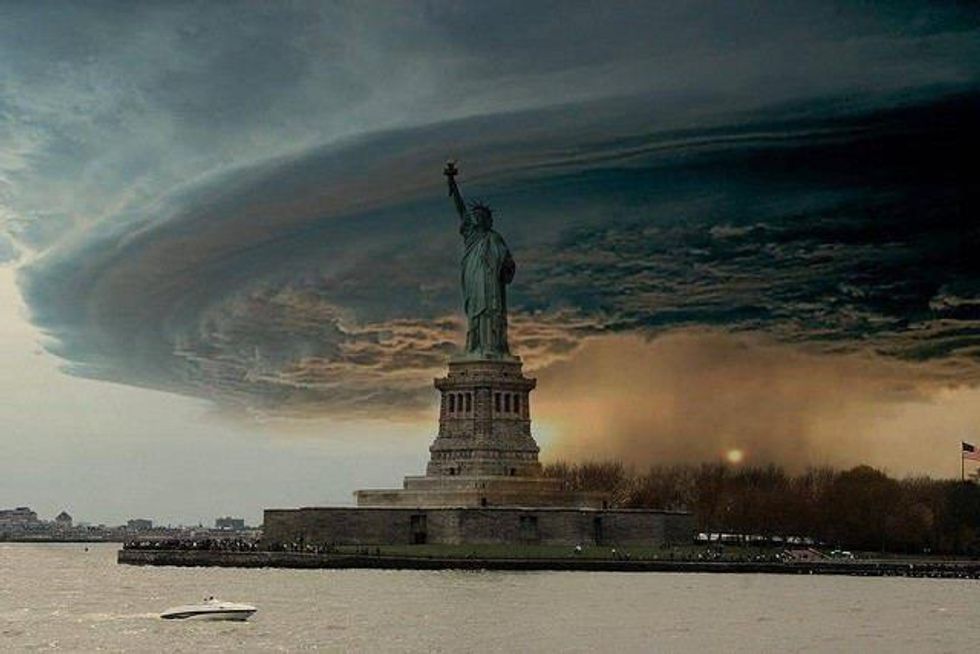 Here’s an interesting question: what if one of America’s oldest and greatest cities was covered in ocean water and subjected to a once-in-a-lifetime style weather event because the moon happened to be full when a tropical hurricane drifted north and collided with an arctic storm? If that happened, do you think that the GOP might want to stop pretending that climate change doesn’t exist? This is what “political analyst” Megan McCain wants to know. (Yes, the Hill actually refers to her as “political analyst” Megan McCain.) Anyway, can we stop pretending we don’t believe in anthropogenic climate change, GOP, is what she wants to know? And the answer is OF COURSE NOT, DUH.

So are we still going to go with climate change not being real fellow republicans [sic]?” [Megan] McCain wrote, via Twitter, around midnight as the storm was slamming ashore.  McCain’s father has advocated for curbing greenhouse gas emissions and co-sponsored cap-and-trade bills several years ago.

However, substantial numbers of Republicans now dispute widely held scientific views about global warming and the extent of humans’ contribution.

This, of course, is a charitable depiction of Republicans’ views on climate change. Joe Barton, a Congressman from Texas (of COURSE) believes that the wind is “God’s way of balancing heat.” So if you want to build wind turbines, you better really think hard about it because you could MAKE THE PLANET EVEN HOTTER through messing with God. And then there’s Representative John Shimkuswho has managed to sit on the House Energy and Commerce Committee even though he turns to Genesis for guidance on climate change. God said he wouldn’t destroy the earth with a flood again so we should take Him at his word, and that’s why John Shimkus does not believe we should worry about climate change. So sorry Megan McCain, and sorry to any of you who are currently without power and surrounded by waist-high water—don’t worry! Tide goes in, tide goes out. Sun goes up, sun goes down. Never a miscommunication. This is the work of God, and God would NEVER allow for anthropogenic climate change.