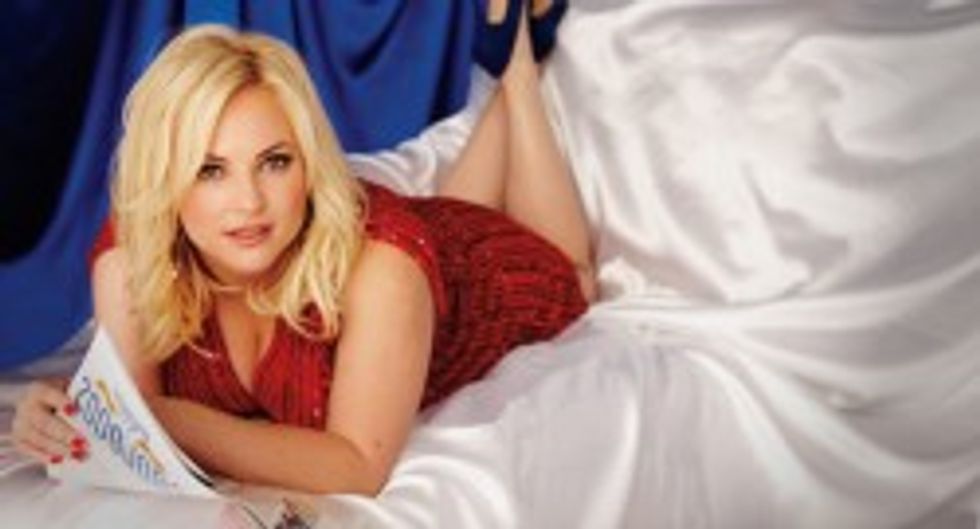 All those years of hair-braiding and pillow fights. All those thousands of reader comments devoted to saying really terribly offensive shit about your rack. We loved you long time, Megs McCabe, but sometimes the things that fall out of your typey fingers are just too much to bear. You wanna side with Sarah Palin on someone else's skull being a cauldron of brain-poop? And that person is our Old Handsome Joe? Sorry, Megs, but cue Donald Trump: YOU ARE NO LONGER EMPLOYED.

Let us examine what you dictated to Siri for your Daily Beast Dear Diary, which is Just Cause for your termination:

If Democrats want to win in November, all they have to do is one simple thing: replace Joe Biden with Hillary Clinton for vice president.

This is a pretty popular sentiment—it seems like the only thing Republicans and Democrats can agree on. It’s something that people have been saying to me everywhere from cocktail parties to airports since President Obama has been elected to office. Many politicians and pundits have reiterated that statement publicly. Sarah Palin recently went on Fox News and said the same thing: if President Obama wants a sure fire way of getting reelected this election cycle, Hillary would give him “a darn good chance of winning.”

But of course, the White House is pushing back, saying that Republicans are merely “trying to distract attention” by suggesting Hillary is a better fit for Obama. Yes, that must be it! Republicans are the ones doing the distracting, not the gaffe-prone vice president, whose own staff is reportedly trying to “save Biden from himself.”

Oooh, oooh! We read that Politico story! And the story intimated fairly clearly that Biden's staff was sort of idiotic to do so -- a cluck of scared hens keeping Biden from being his Teh Awesome Best self -- and that they were in fact playing against their own interests. Maybe you just skimmed it?

Anyway, it is terribly churlish of Obama to reject these helpful suggestions from his opponents! And how correct you are that everyone, including all Democrats (or all Democrats who are Jon Stewart maybe?) is soooo embarrassed by Joe Biden, who said "chains," which outrage was not in the least manufactured by desperate Romney campaigners being desperate, desperately. What else you got, Meghan?

Aside from the likability factor, I can criticize Hillary’s politics all day long, but I never question her intelligence. I have never doubted that she is a strong, capable, smart leader. The same cannot be said for Vice President Biden.

The woman whose main claim to a pundit gig is that her father foisted Sarah Palin on an unsuspecting nation thinks Joe Biden is stupid. She doubts his intelligence.

It is going to take a hell of a muffin basket to win our friendship back after this one, Megs McCabe. :(